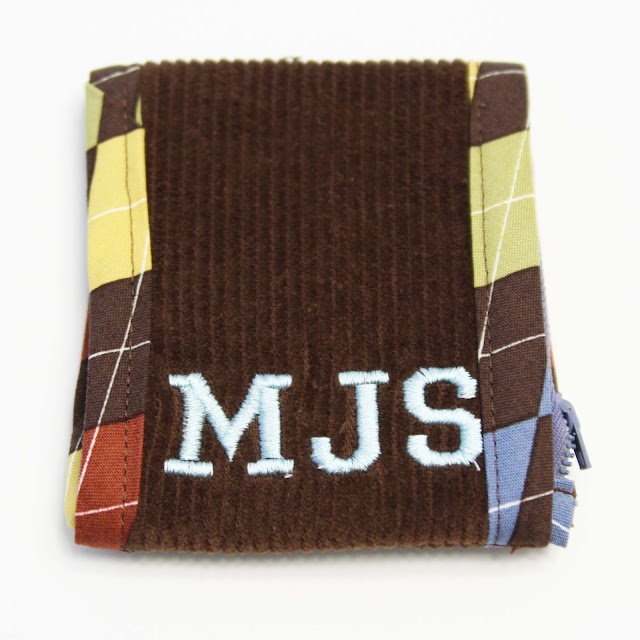 Tater is a kid that loves money. The worst punishment you can give him is to make him pay for something (say, the entire tube of toothpaste he squeezed into the sink) out of his allowance. He’s a saver, that kid. At 3 years old, he took his $3/week allowance and saved for 6 months to buy an expensive toy he wanted.

So I decided a while back he needed a wallet. But not an adult version. He has no need for spaces for credit cards or ID. He needs a place for bills and coins, that’s it. And this is what I came up with.

I had some leftover scraps after I made the Nowhere Man Pants in this post. So I used them to make the wallet. I traced Hubby’s wallet to get my basic size, then added 1 inch to one of the short ends for the velcro. I didn’t add seam allowances, because I didn’t want to make it too bulky, so I decided to finish the raw edges with bias tape, and I used Katy’s tutorial from No Big Dill to do it. Even though I was only working with 1/4 of a yard, I ended up with over 2 yards of bias tape and I only had to sew two seams. I’m doing tape this way from now on. Click the picture to go to her tutorial. 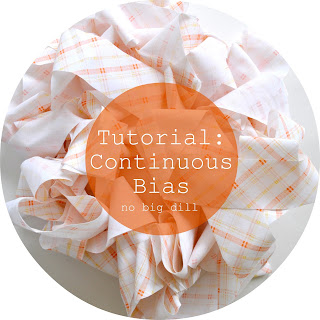 So I started with these pieces:
1. corduroy cut for outside
2. Two inside lining pieces, cut 1/2 shorter than corduroy on the long edge and 1 inch shorter on the short edge
3. Bias tape
4. two squares equal to 1/2 the wallet for the coin purse part
5. two strips of velcro (not shown)
6. One zipper 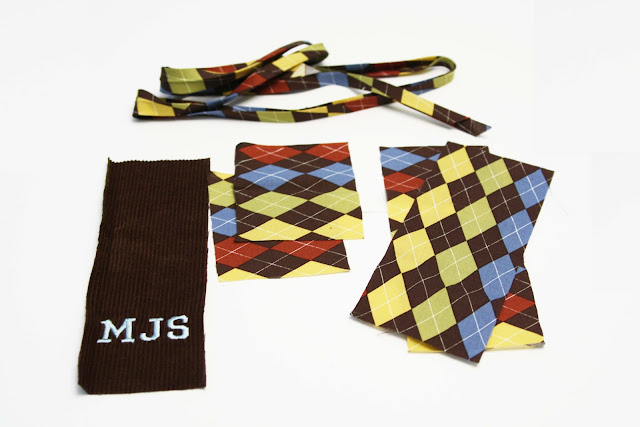 As you can see in the picture, I decided to embroider Tater’s initials on the corduroy before I started sewing the wallet together.

First, sew the velcro to the two ends of the outside piece like this 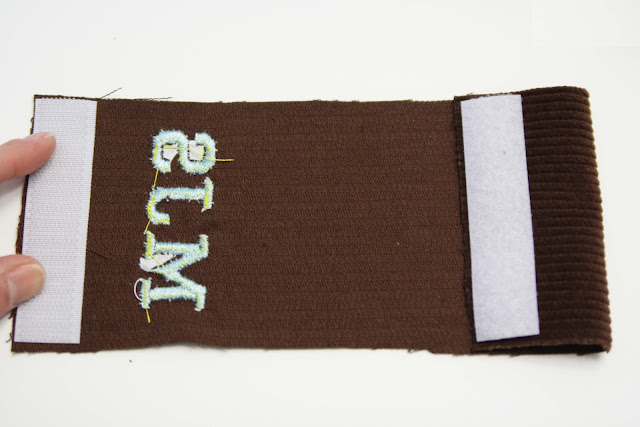 Next, decide which edge will be the top (open) edge of the wallet and finish it with bias tape like this 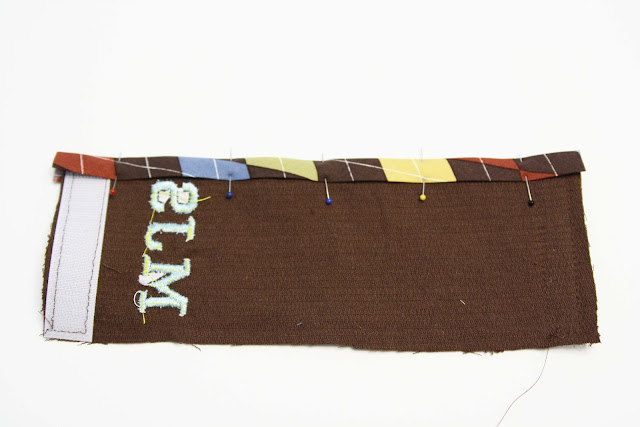 Now get the lining ready. With right sides together, sew around one long and one short edge, and clip the seams. 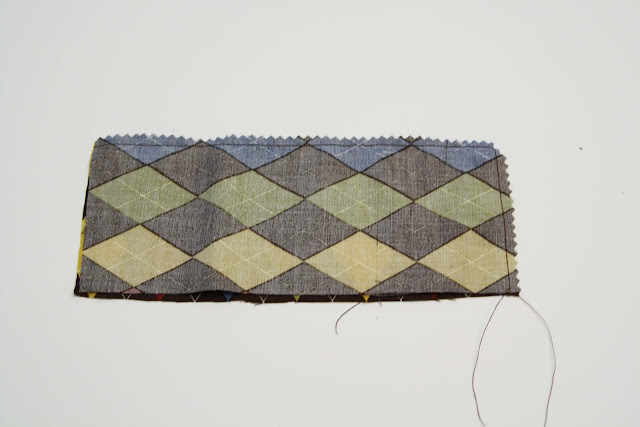 Turn right side out and press.

Now get the coin purse ready. Sew the zipper in like this 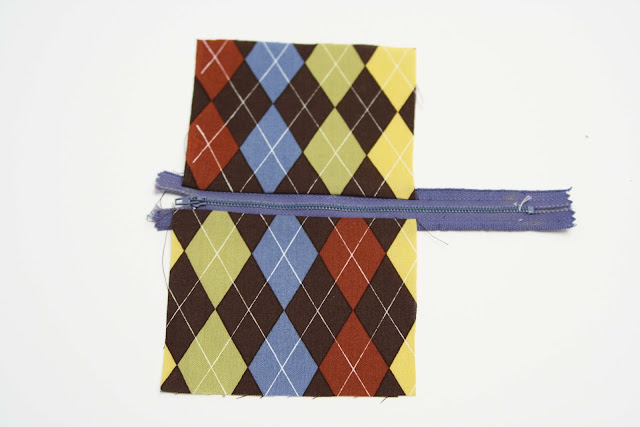 Next, zig-zag over the end several times to create a new stop and then cut off the extra zipper. 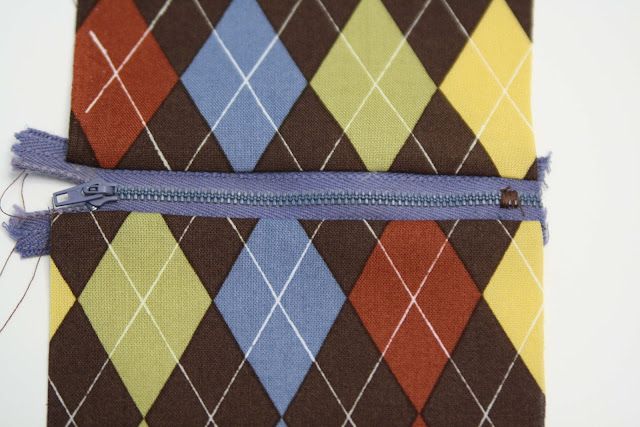 Fold the zipper pouch right sides together and sew down one edge. 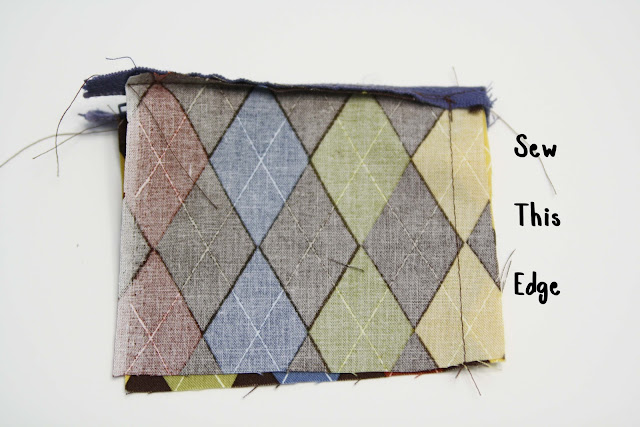 Turn right side out and press.

Lay your pieces like this:
1. Corduroy with wrong side up.
2. Lining piece
3. Coin pouch

Make sure all the raw edges line up on one side and across the bottom edge. 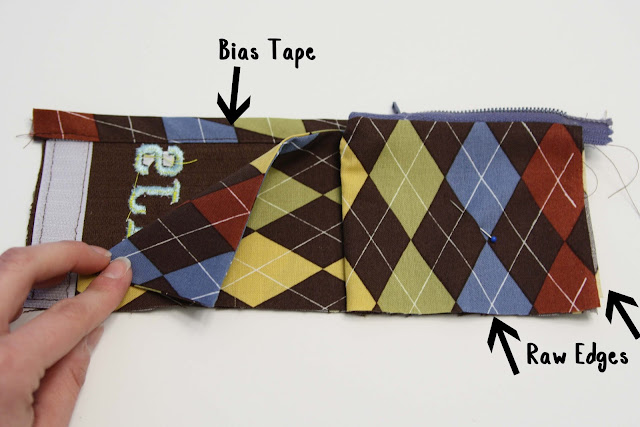 Pin the bias tape around the 3 raw edges. Make sure to fold the bias under a little bit on the top edges so you’re not leaving raw bias edges. 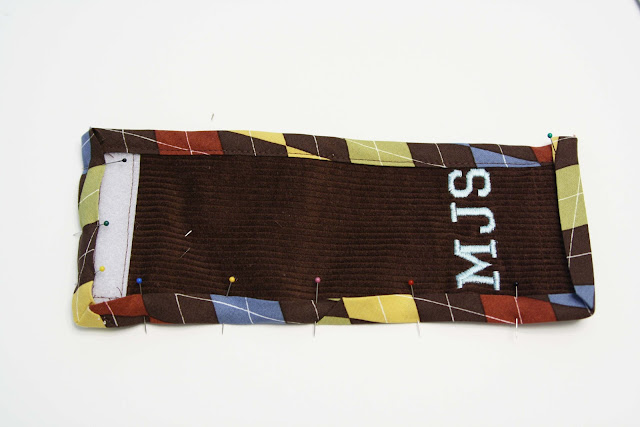 Sew the bias tape down.

Finally, tack down the edge of the lining closest to the velcro so this forms a pocket for the paper money.

Fold it up and give it to your money-loving kid.