This is my mantle for the holidays 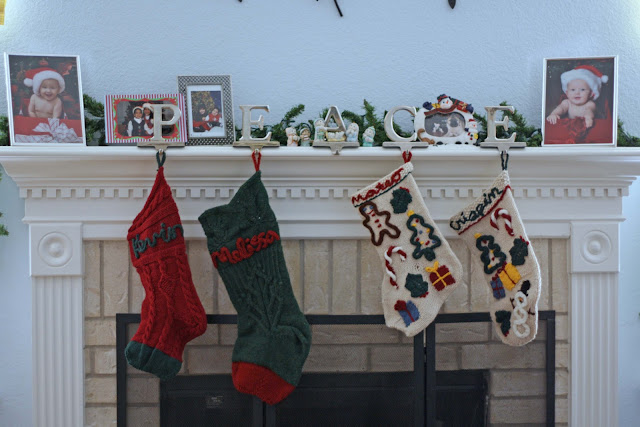 I know it’s not straight out of a catalogue, but I like it.

Sewing is my first love, but knitting was the second needlecraft I learned, and sometimes (like when it’s cold out) it overtakes sewing.

The stockings are handknit by me (we also have a large set of sewn stockings at my mom’s house that I’ll showcase later this month). 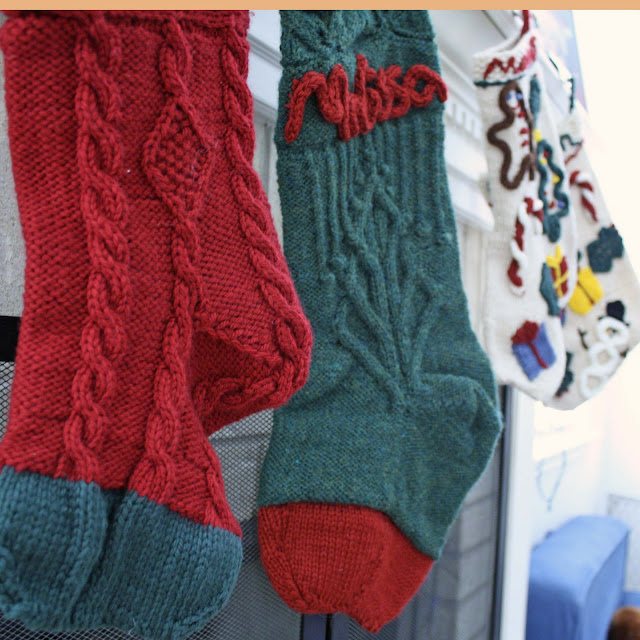 This one is Hubby’s (is it silly to blur out his name? He doesn’t want it on here). 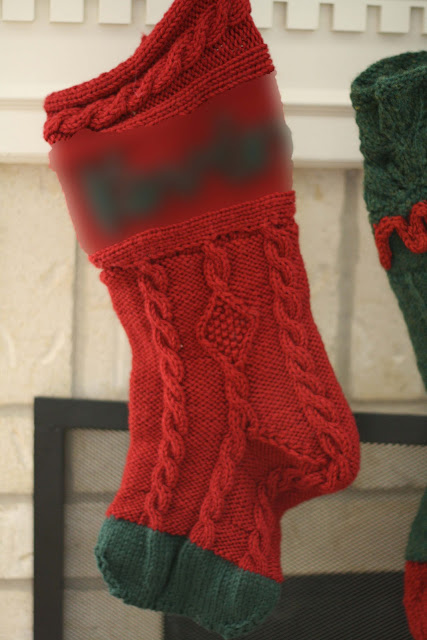 I made his first. I ran out of red yarn, so I decided to do the green toe, and then I made mine the reverse so it looks like I meant to do that all along. I made the design up as I was going.

I love how the short rows made the cable curve around the heel. 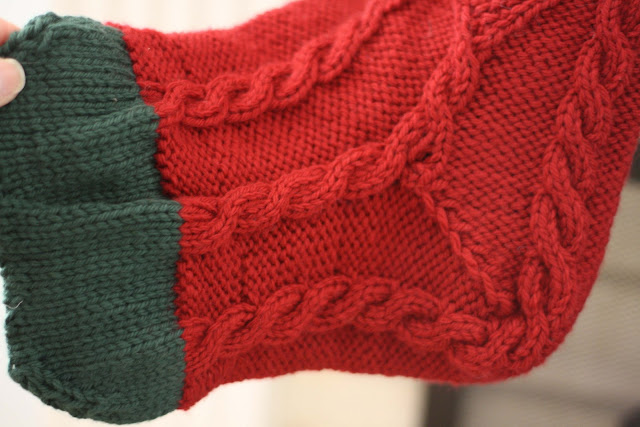 This one is mine 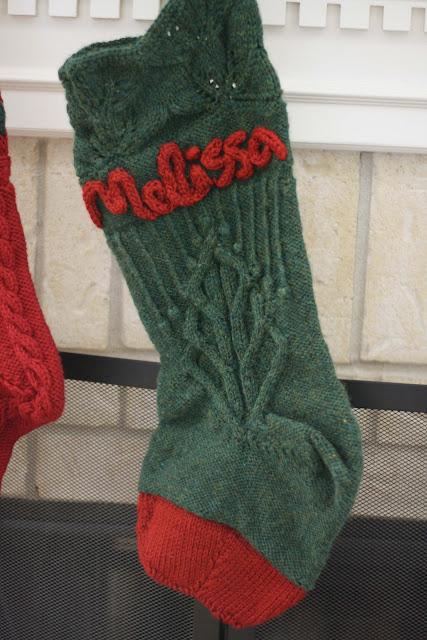 It’s bigger than everyone else’s, but I swear I wasn’t angling for more presents. I just fell in love with this tree pattern 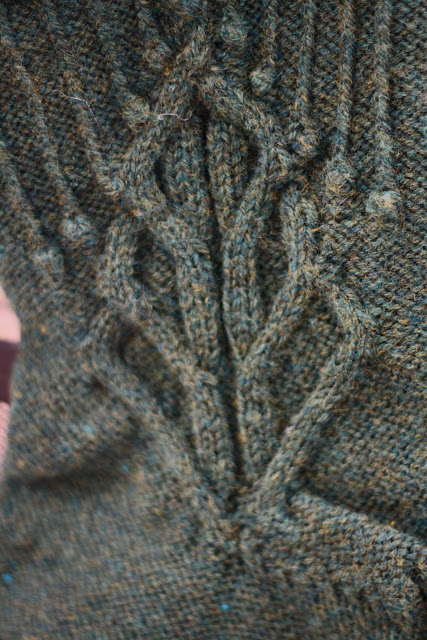 which I saw on a sweater, and with this lace edging 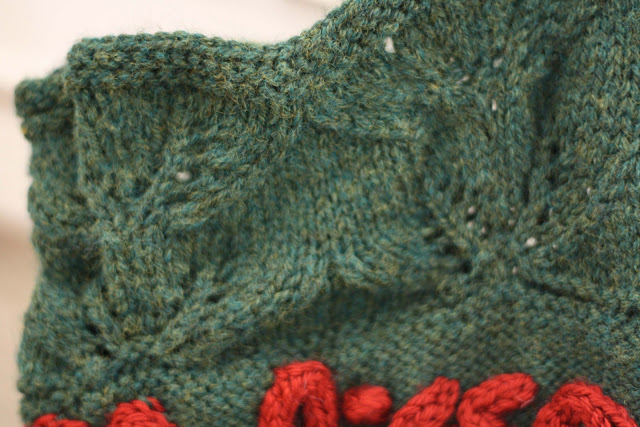 and it ended up bigger, though I used tiny needles to try to minimize the size difference. 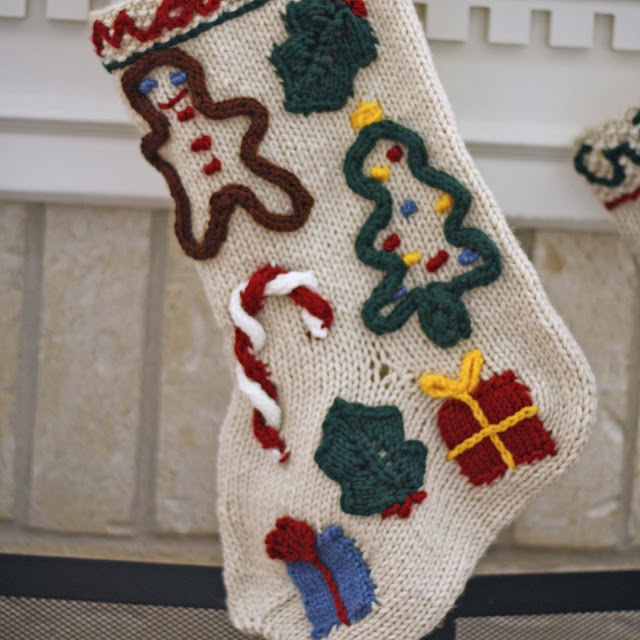 It was a quick knit, but the embellishments took forever 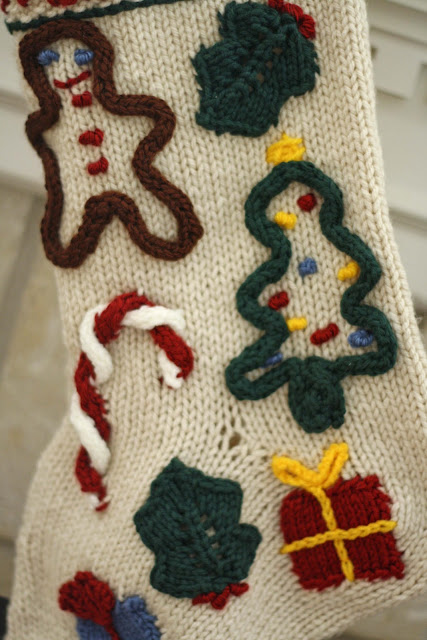 I sort of used a pattern by Nicky Epstein for the embellishments. This was the inspiration stocking (and if you click on the picture it will take you to the pattern)

Last year I frantically knit one for Bean (poor second child – he didn’t have a stocking until Christmas Eve and everyone else had theirs on Black Friday). 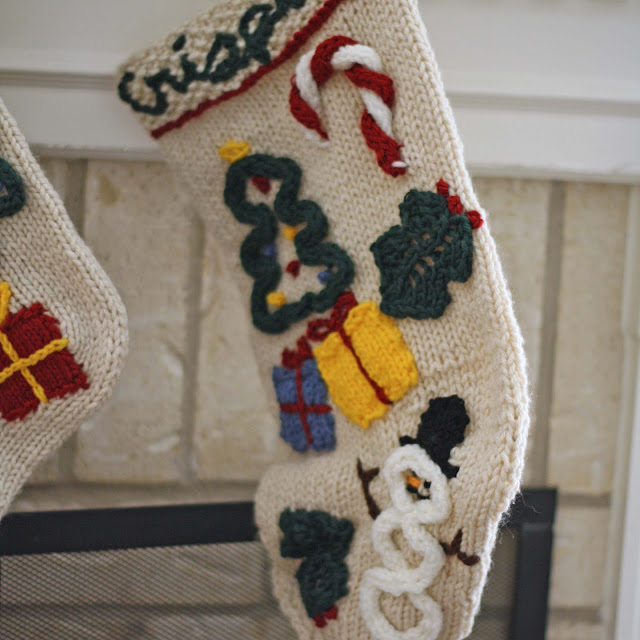 I wanted it to sort of match Tater’s, but be recognizable as his, so I replaced the gingerbread man with a snowman and rearranged the other embellishments. 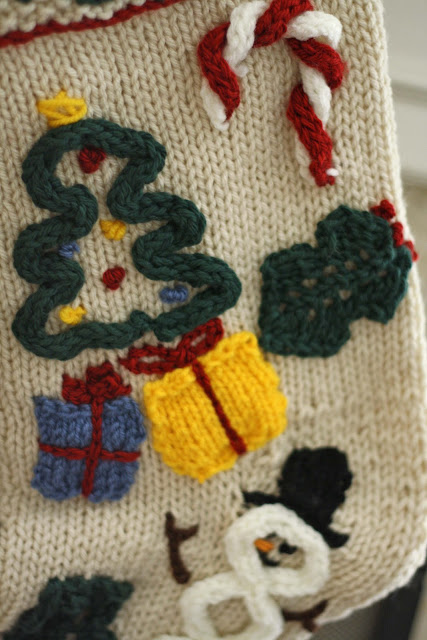 And those are our stockings 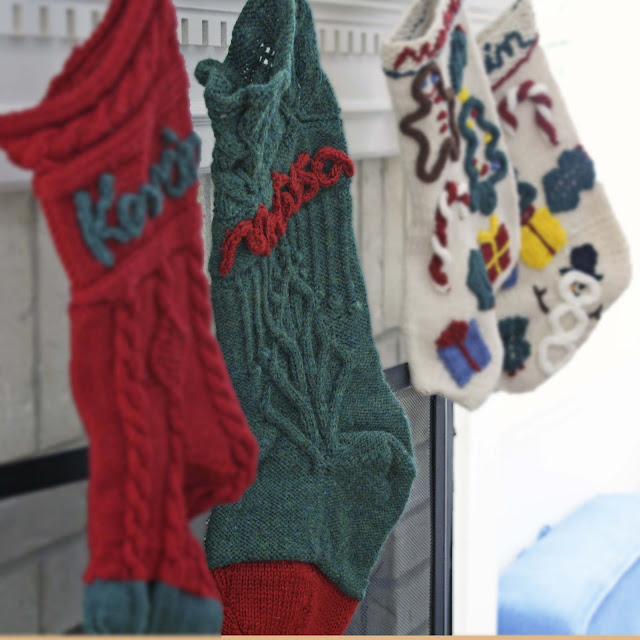