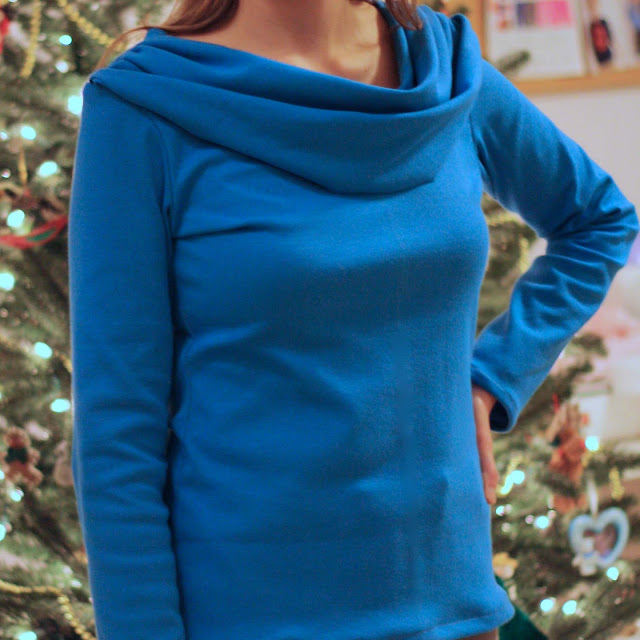 This cowl neck shirt is the first project with my new serger.
Yup, that’s right, I said new serger (happy dance!).
When I first started this blog, I posted about my old serger here. I got her at a garage sale for $20. 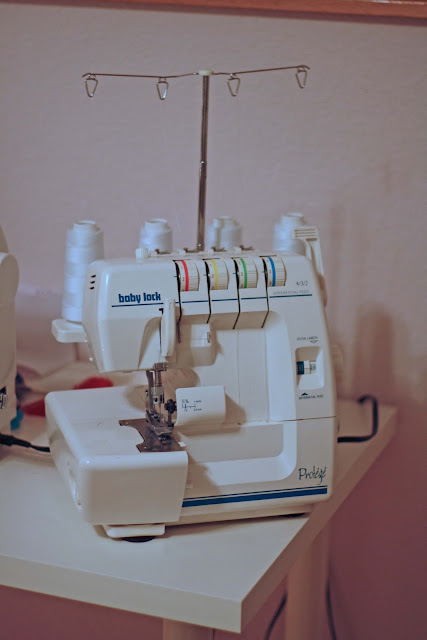 I discovered the manual for her online, and ordered a new blade, and she was humming along. Then I accidentally broke the lower looper by sewing with the upper blade half engaged – I forgot to re-engage it after I fiddled with the lower blade.
Soooo, I ordered a new looper, and I replaced the broken one, and I’ve had nothing but problems ever since. It constantly unthreads itself and tangles thread, and generally causes me to curse.
So Hubby said I could get a new one. This is the one I got: 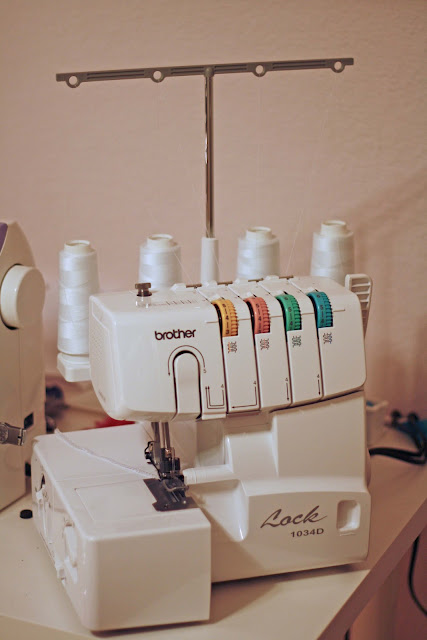 . I got it on Amazon because 1) it’s inexpensive 2) it gets great reviews 3) I’ve had great success with Brother machines. When I taught sewing for costuming, I bought a lot of these Brother LS2125

machines. They withstood years of abuse from high school students, and that is why I’ve come to love Brother machines. I mean, where else can you get a machine for under $100 that can hold up to years of beginner sewers? I also own a Brother PE770

Embroidery machine, which I showed in this post.
So far, the serger is impressing me as much as the other machines. Now granted, they’re not all metal like my vintage Singer, but they do the job. The serger successfully sewed through the gathered layers of the cowl at the shoulder seams without hesitation.
I actually used a pattern for the shirt. It’s McCall’s 4716, which is out of print 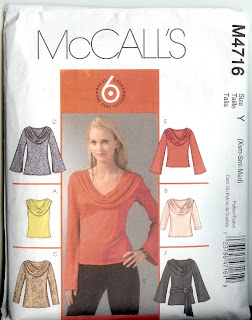 But it’s a nice, easy pattern, which came together in a couple of hours. And now I have a new shirt for tomorrow! 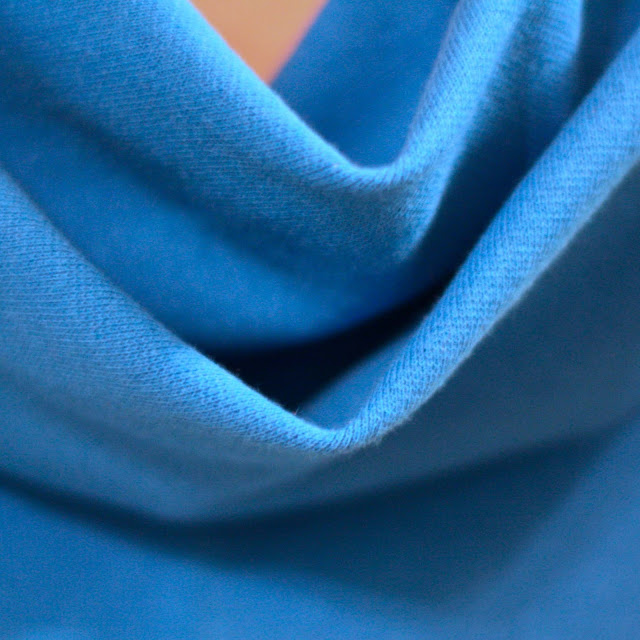 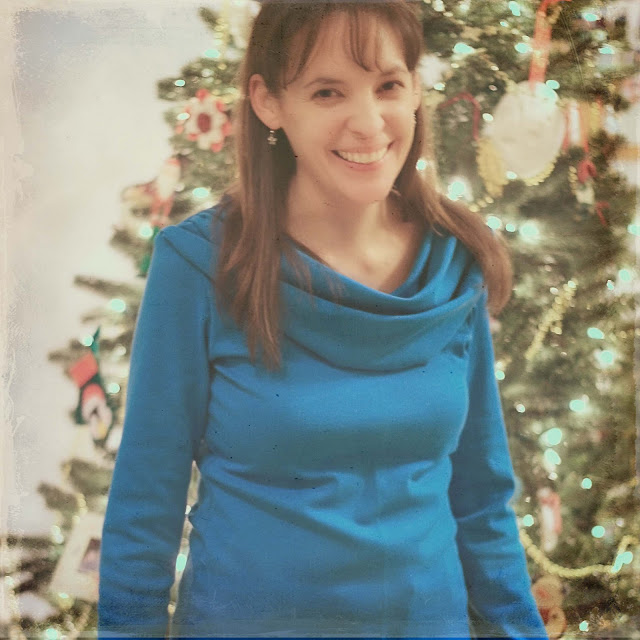