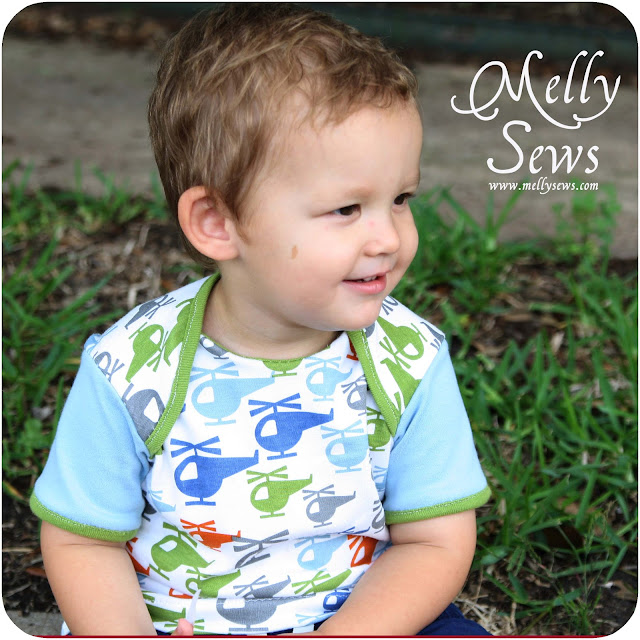 So in this post, I showed you my dining room table with my refashioning stash out of control. I am glad to say that after cutting out 9 t-shirts and a pair of baby pants, my stash now looks like this: 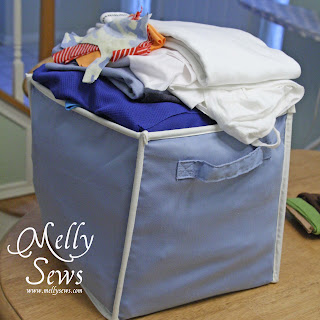 Still over flowing, but small enough to shove back on its shelf. Barely.
Because of “Shirts-a-Palooza” as the Hubby was calling it, between now and (30) Days of Sundresses  you’re going to see a lot of little boy t-shirts. Today is not technically this first one, because the Scrappy Henley was the first, but there will be enough that I decided they need their own graphic. 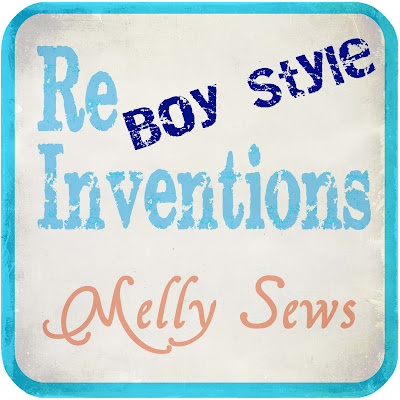 So, the Helicopter Envelope T-shirt. Bean had this baby blanket give to him as a gift: 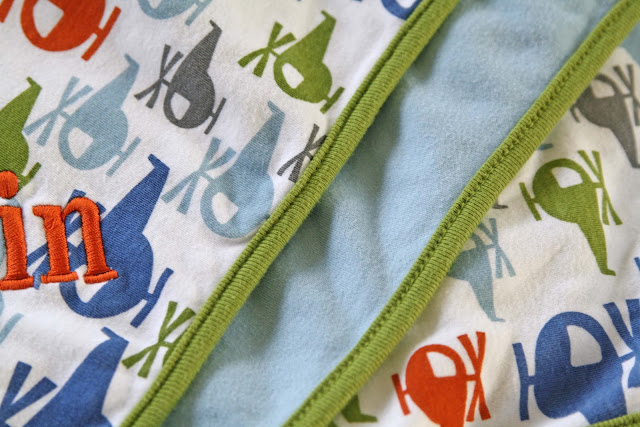 It had cool helicopters on the top, blue on the back, and green binding. And it had his name embroidered on a corner – you can see part of it to the left in the picture. I kept his name, carefully unpicked the ribbed binding, and had almost a yard of each soft knit fabric to use.
Because the binding was thinner than I would prefer to use for a t-shirt neck, I thought of doing an envelope neck. So I drafted a pattern which became the top of the Snuggle Pajamas after tweaking to get the neck right), but Bean couldn’t wait to do a photo shoot. 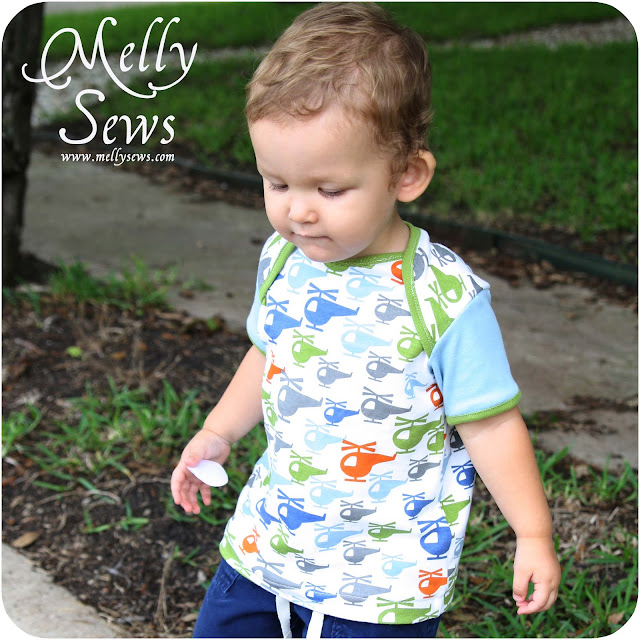 His curly hair is growing back in again. Isn’t this the cutest face? 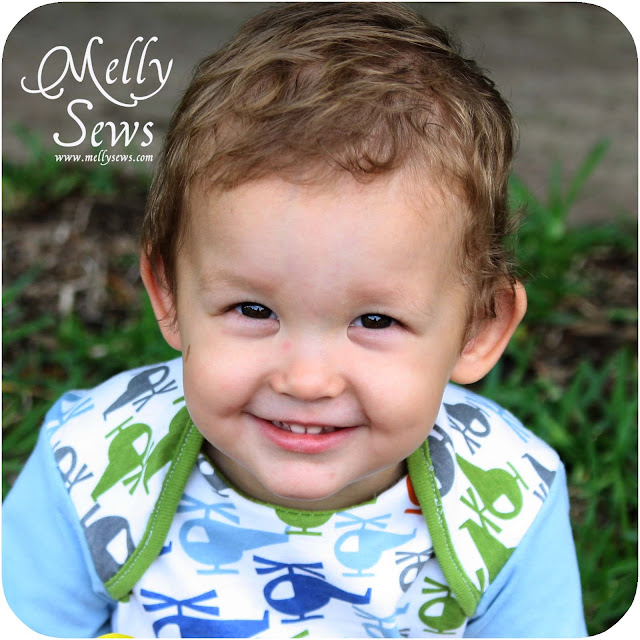