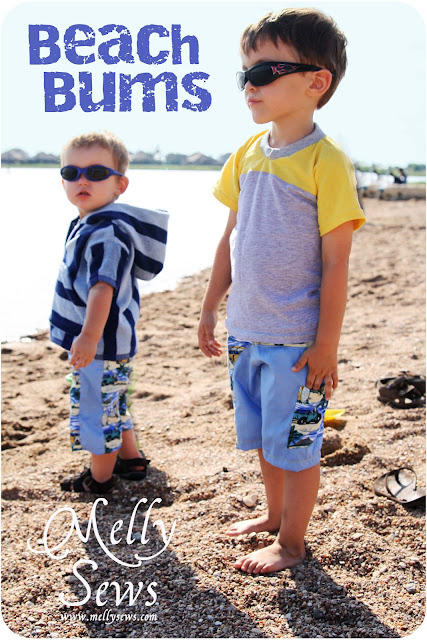 So, before I got eliminated from Project Run and Play I was already working on both my movie look and my signature look. I didn’t finish the movie look, because after spending hours embellishing the fabric, I decided to keep it to make something for me. You’ll be seeing it sometime in the future.

But, I did finish the signature look – sort of. I made what I wanted to make, but I didn’t go over the top like I would’ve if I was still in competition – I envisioned Tater in a tank shirt with a breezy rolled-sleeve button up shirt over it. But I know a button up wouldn’t get worn as often, so I settled for a t-shirt for him. Bean, however, got the full look I wanted – a hoody coverup and trunks. 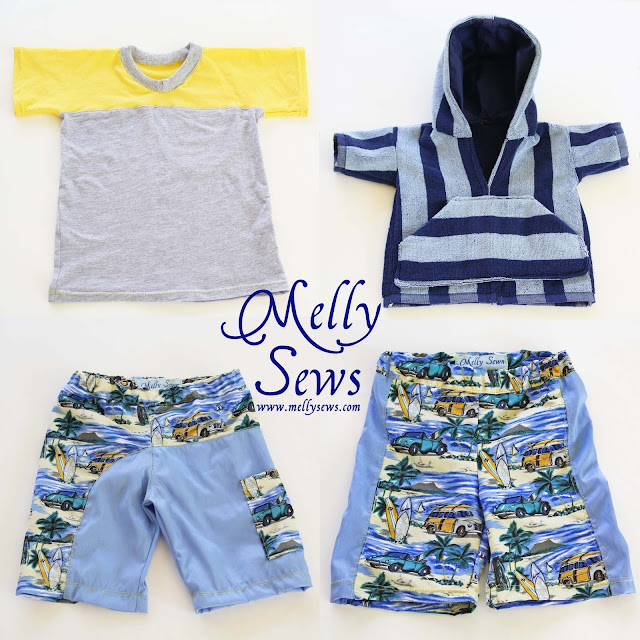 I am super psyched about how the trunks turned out! I knew finding some long enough and slim enough to fit Tater would be a problem, so after solving the fabric issue (microfiber board short fabric from The Fabric Fairy and nylon taffeta and mesh from Hancock Fabrics) and drafting my patterns, these were a cinch to whip up (even with the mesh linings) and I will definitely do it again. Click HERE to go to the tutorial on making the trunks. 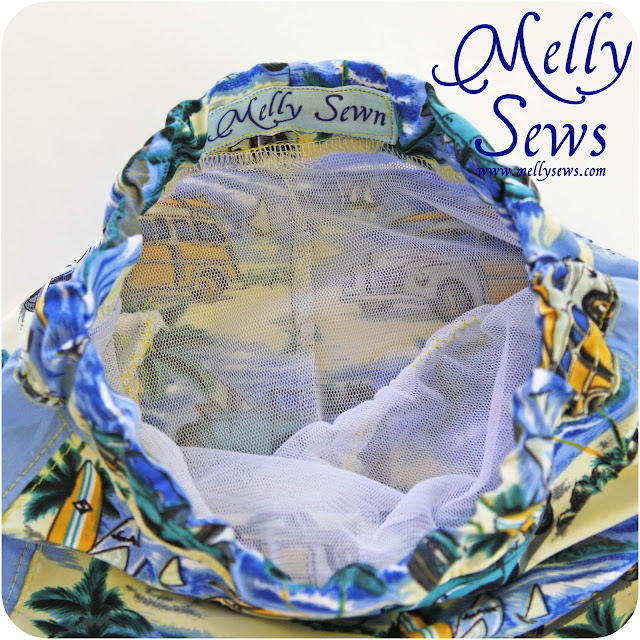 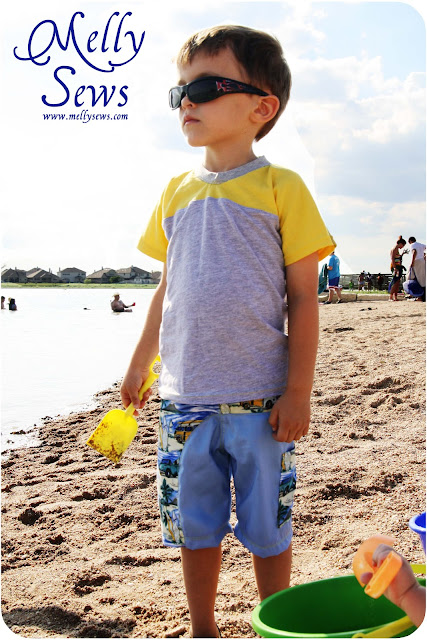 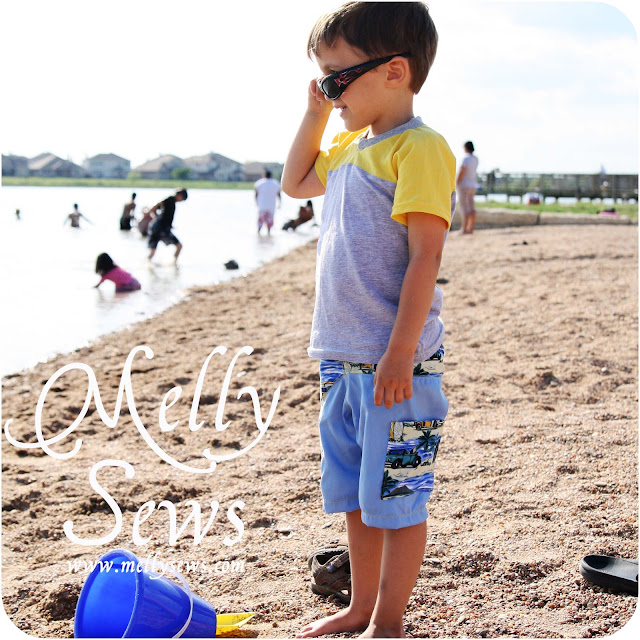 I always feel like I don’t sew as much for Bean. I guess part of it is that I figure if I sew for Tater, Bean can use it too when it gets handed down. But the little guy feels left out sometimes, “Mommy, I go photo shoot too?”

Yes Bean, you go photo shoot too. And look adorable in your terry cloth Baja Hoody, complete with drop shoulders and front pocket. Tutorial for that next week as well. 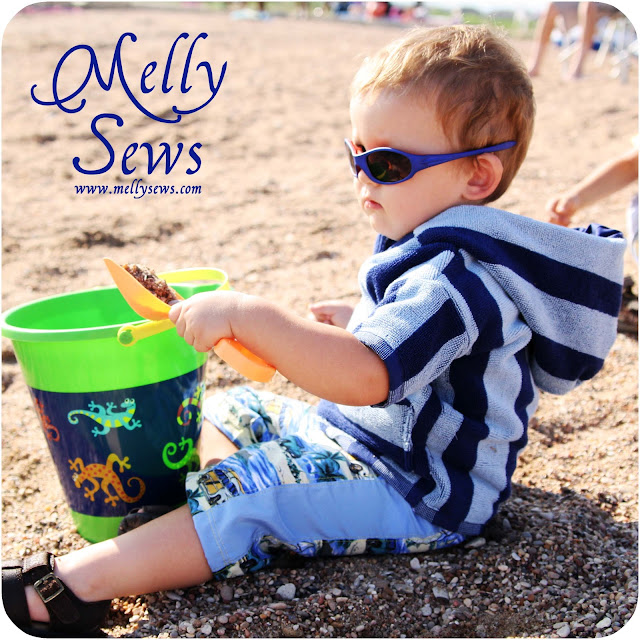 He’s picked up some of those modeling poses from his brother. 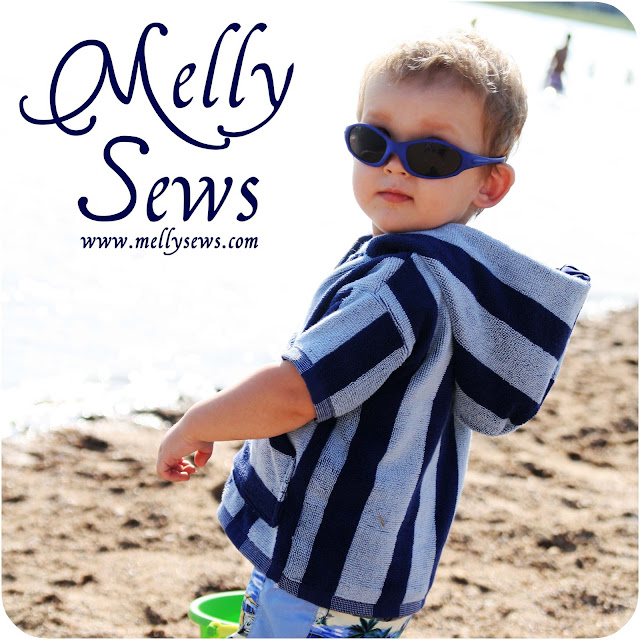 Since Bean still has those adorable stubby toddler legs, I didn’t want to go crazy with detail on his trunks, like with Tater’s asymmetrical curve and pocket, so we settled for contrasting side panels.

Though I wish we could have shot these photos on a beach in Hawaii (oh, Hawaii, I’ve missed you…see you next month!) we had to settle for the local  man made lake and beach. The boys have no idea how much nicer the sand will be… 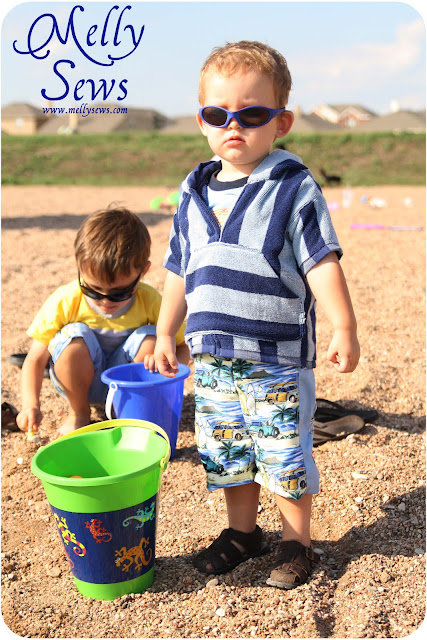 So there it is. I know had I made it into the PR&P finals, these outfits would have been a big risk (as my Wildflower White outfits were, apparently) but I love them