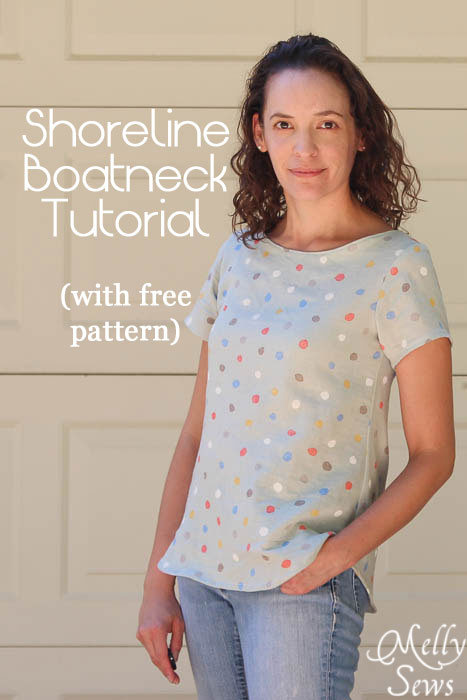 UPDATE: This pattern is no longer available for free. The fully graded multi-size pattern with 3 sleeve lengths and both top and dress lengths is available for purchase here.

Did you ever have that moment, before you were a mom, when you saw a mom at, oh, say, the grocery store, and she was wearing sweats or yoga pants and you made a mental note (because little did you know) that if you ever had kids you would not be going to the grocery store in your yoga pants? And then later you became a mom and you totally have done that? Yeah. So today I’m going to share a SUPER easy boat neck shirt tutorial.

The idea for this shirt has been brewing ever since the Beachy Boatneck was released, because as soon as that happened I started getting emails about making one in women’s sizes. Well, here it is. Sort of. 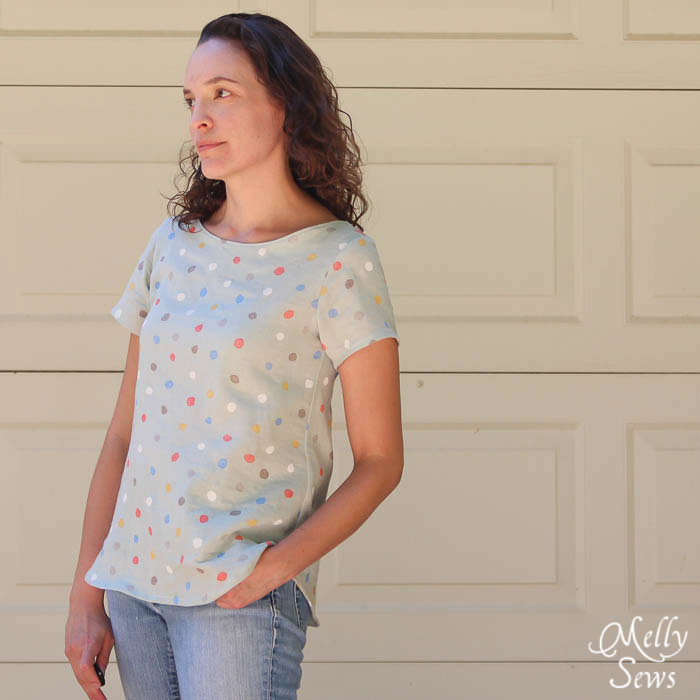 This doesn’t take much time from sewing for the kids, and helps look a little more presentable than an old t-shirt and yoga pants, but it’s just as easy to put on. And just as comfy if you use a comfy fabric. Like the Nani Iro Double gauze I used for this one…

Unlike the Beachy Boatneck, this shirt can be made of woven or knit fabric, because the head to shoulder proportion for women doesn’t necessitate the stretch that kids need. 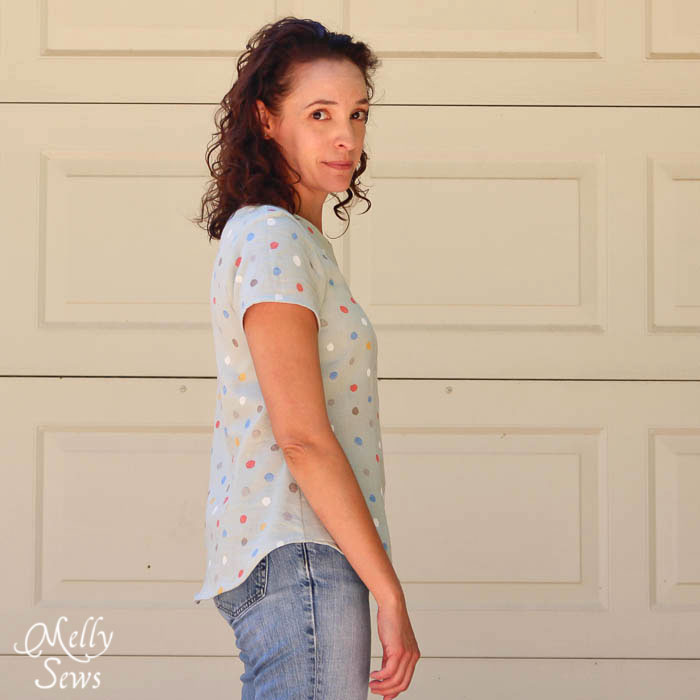 I’ve included a pattern with this tutorial, but it is going to be available for a limited time only, because I’ve decided to grade this to women’s sizes and release it for sale. When I do that I will remove the free pattern. The for purchase pattern will also have the elbow length sleeve option. Interested in possibly testing? Watch the Blank Slate Patterns Facebook page for more information.

So wear it and stand up straight like your mama told you to and walk proud into the grocery store! But don’t judge the mamas in yoga pants. Because we’ve all been there and now we know better. 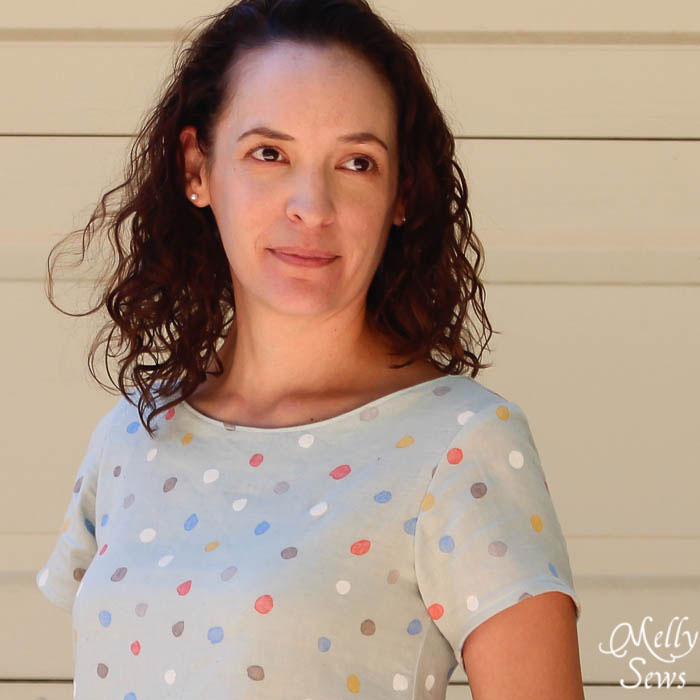 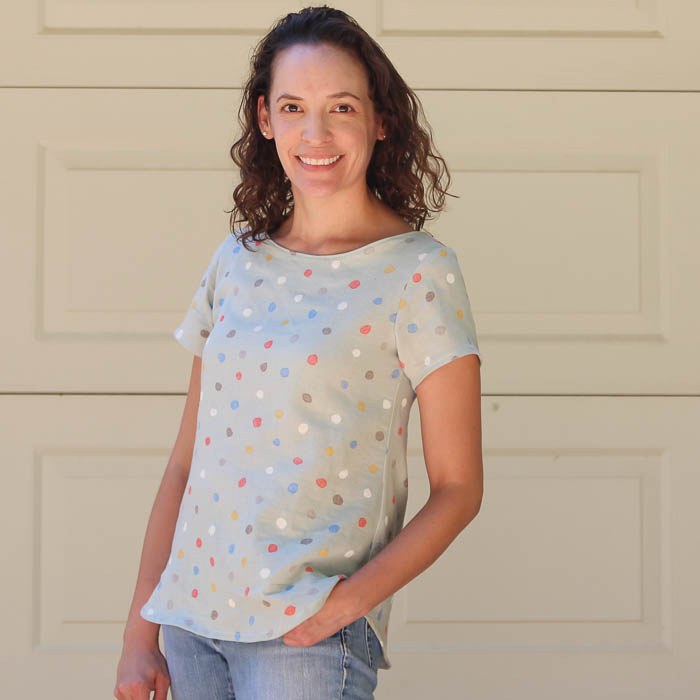