Update: It looks like this dress and your votes got me into Project Run and Play! Thank you to all who voted for me…hope this is just the start of more good things to come.

If you haven’t already heard, Project Run and Play is having open auditions for the next season, which begins April 9. After getting addicted to the Sew Along last season, I had to enter. So here’s my outfit: 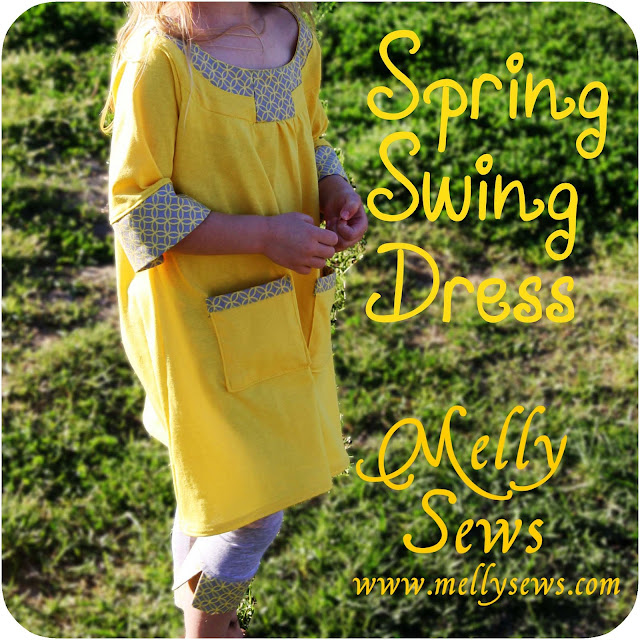 The dress pattern is my own – based off my Rose T-Shirt Pattern. I’m in the process of tweaking it, but I’m fairly certain this will be my next pattern.

I had my oldest friend’s daughter (oldest as in we’ve known each other for 25 years) model it for me on a gorgeous Central Texas afternoon at the duck pond.

The leggings are a Blank Slate Patterns pattern, and I added my own flair with the cuffs. 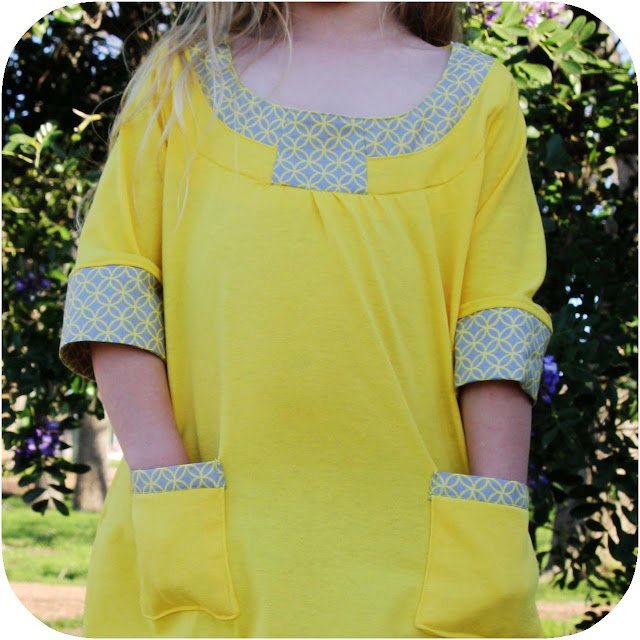 Funny story – I originally planned to make a coordinating outfit for Tater, with a cardigan (loving the cardigan+skinny jeans look at the moment, but it probably won’t be cool enough for that here until fall), that had these pockets, but I just didn’t like it. So I took the pockets off and added them to the dress, and I can’t imagine it without them now. 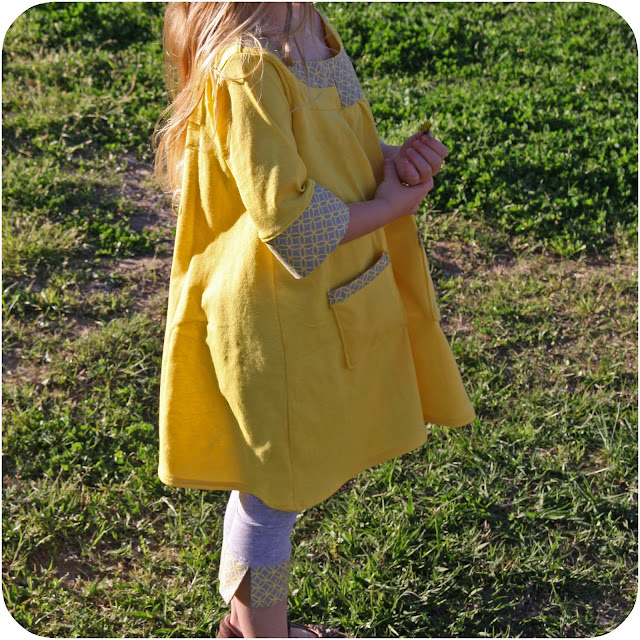 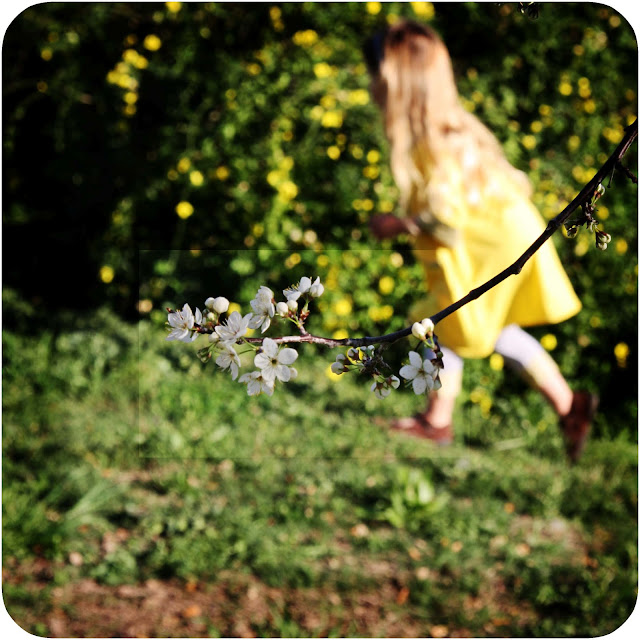