I made Bean a short-sleeve version of the Prepster Pullover,  and it’s become his favorite shirt this summer. 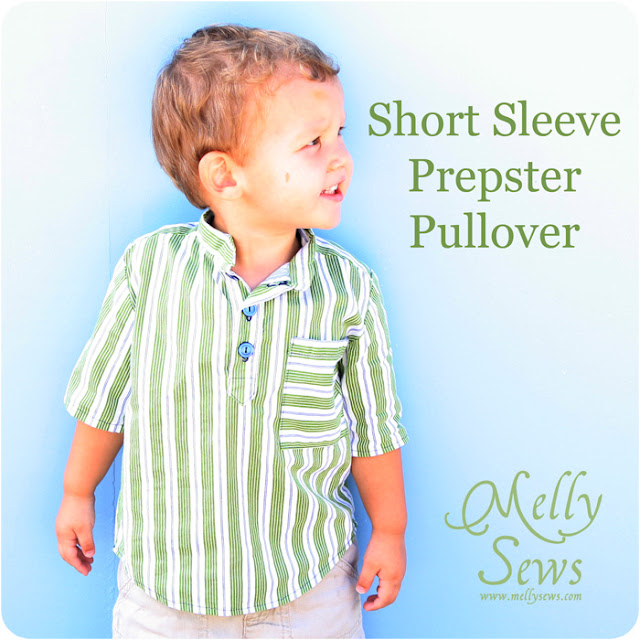 The lightweight cotton is cooler than a t-shirt, and even though this summer hasn’t been nearly as hot as last summer, Bean is a sweaty guy and I know he appreciates the breezy shirt. 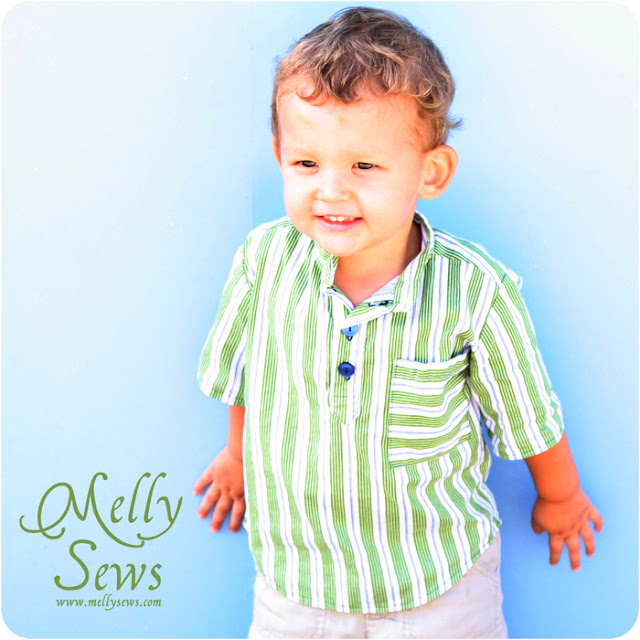 He’s also picked up quite a tan this summer. 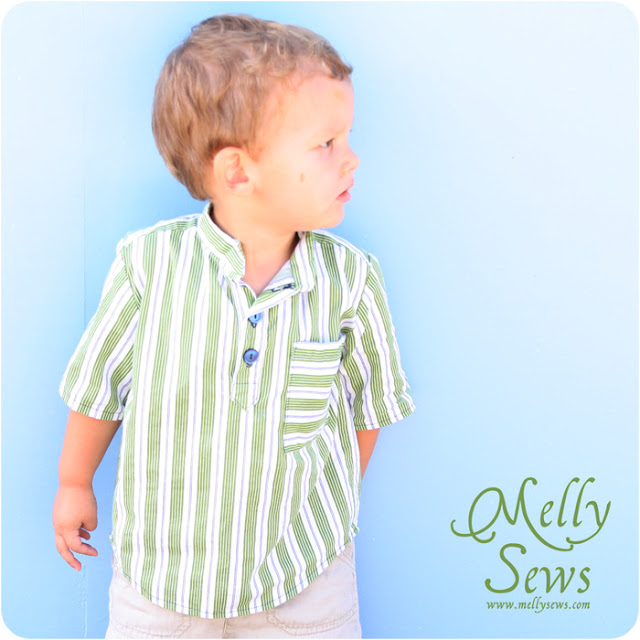 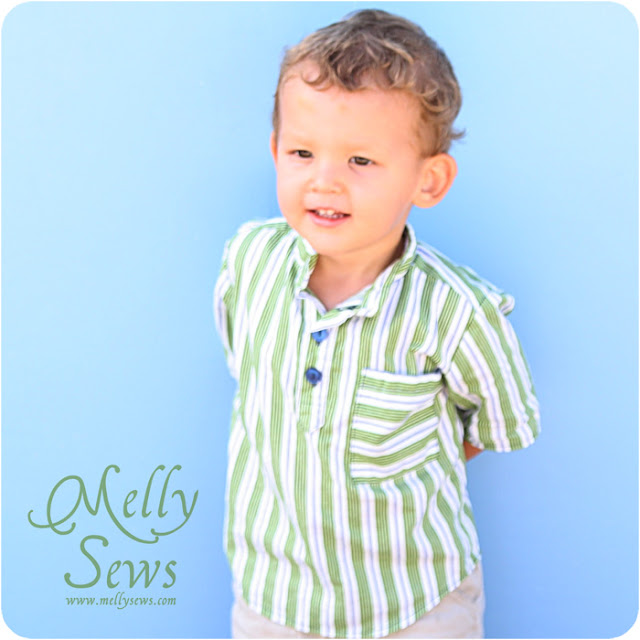 Unfortunately, I don’t know that I’ll be using him for photo shoots for a while. The week after taking these pictures, his brother got into scissors (not sewing scissors, thank goodness) and kind of scalped him. I had to shave his head (and the rest of his beautiful curls) to even it out. Luckily no one was hurt, though Tater was in mortal danger from me I was so angry with him.

Forgive the bad iPhone photo; I’ve been too heartbroken and mad to take pictures of my bald child with my regular camera. And yes, he happened to be wearing the same shirt that day.

I know this is a right of passage, and I’m glad no one was injured, and I know I cut my waist length hair off to ear length when I was about 4, but I think I’m still going to be a little mad for months, until his curls grow back.