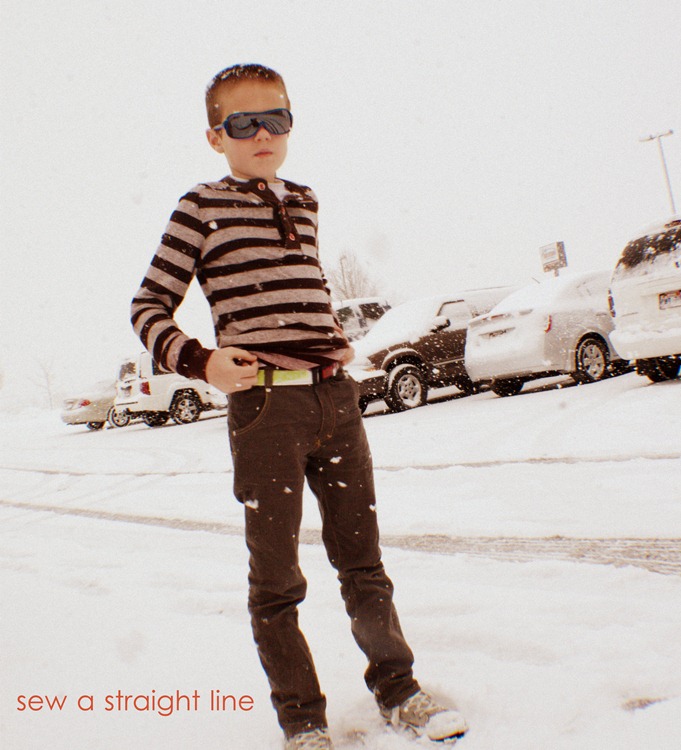 Today I am thrilled to have Sabra from Sew a Straight Line with us. Sabra’s sense of humor cracks me up, and I am grateful to her and her son for doing a photoshoot in a snowstorm!

Hi, Sew In Tune fans!  I’m Sabra and I blog at Sew a Straight Line.  In the soundtrack of my memories, Cake and my college years go together.  I actually got to see them in concert…for about five minutes.  It was at a music festival in ‘98 (I think).  Cake came out, started to sing, some drunk guy threw his shoe at the stage, hitting John McCrae, and that was it.  The band left the stage and hopefully someone threw a shoe or something at the idiot that ruined it for the rest of us.  Anyway.  Cake.  I like them and still listen to them.I chose Cake’s Alpha Beta Parking Lot for my Sew In Tune inspiration.  If you’re not familiar with Alpha Beta Parking Lot, you can listen to it HERE.  The song takes place in a grocery store parking lot at dusk.  Very urban, very dirty, colors muted by grime.  Cool stuff.   Plus, my ten year old likes the song.  Since I was making the look for him, it helped that he approved of the inspiration.  And as an aside, he also has a total fear of car exhaust, to the point that he holds his breath when a car passes him on the street.  Seriously.  So the irony of the line, “breathing in the fumes of so many idling cars” inspiring a look for him, well, it just seemed right.

Let’s discuss my Cakey-inspired look from the top down.  The shirt was inspired by the lyrics describing the sun setting over the parking lot. 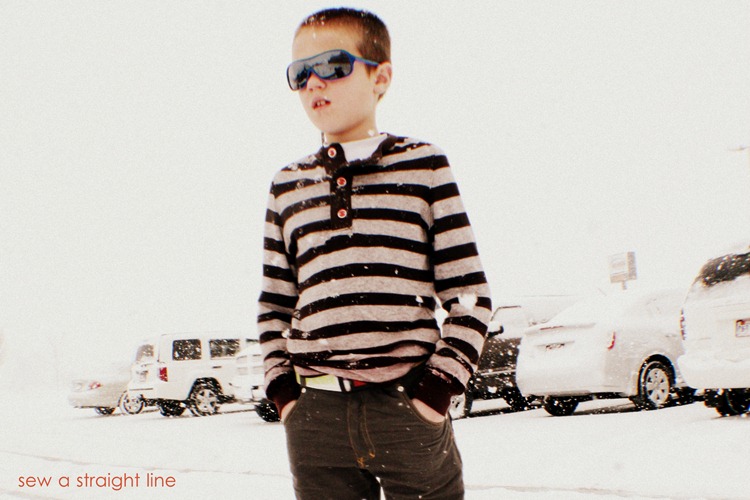 I made a classic henley shirt, using a pattern from Ottobre 6/2010 (Mickey shirt).  The fabric is grey and with dark brown stripes.  Kind of dirty and parking lot-y, right?  The plan was to do an ombre dye on the shirt from the bottom up, going from red to orange to the shirt’s original grey.  But the dye didn’t take.  So instead there is just a really subtle color transition at the bottom. It didn’t show up in the pictures much at all, but it is there.  Pinky swear.  I was pretty bummed it didn’t work out as planned, but that’s what I get for putting things off and not leaving time to order the right kind of dye.  Still, I like what little effect there is.  I also used red-orange buttons at the placket. 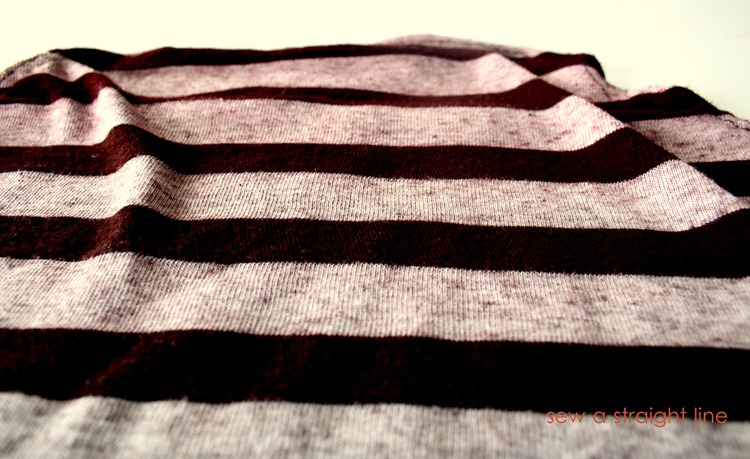 The belt is probably the most editorial piece of the look.  I used Lil Blue Boo’s fused plastic belt tutorial to make a grocery-sack belt, and it turned out kind of awesome.  I tried to use a variety of colored-bags, and leave as much writing and graphic as I could visible.  If you look closely, you can see the name of our local small-town grocer peaking out in places. 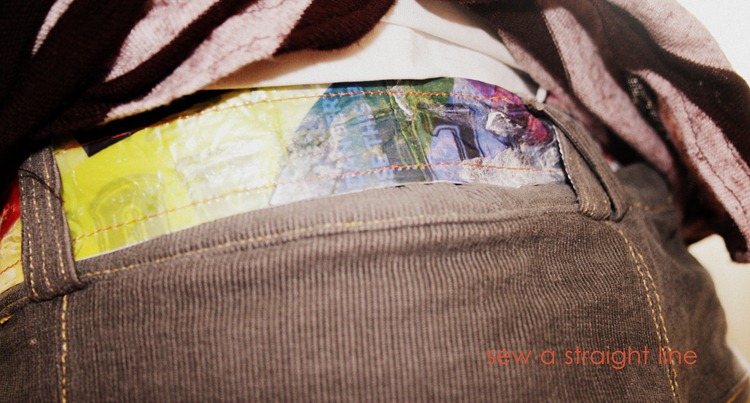 The parachute buckle adds a funky urban touch, including a reflector referencing the cars’ brake lights.

Breathing in the fumes of so many idling cars 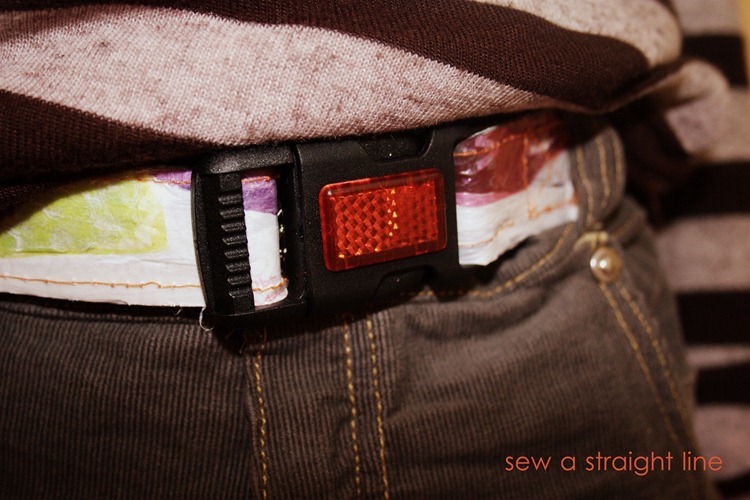 Right beneath the sign with the dusty yellow stars

The pants are my favorite.  Dusty grey skinny cords with gold contrast stitching.  Another Ottobre 6/2010 pattern, (Paperback Writer pants).  I added a criss-crossed belt looping at the center back, to help reference the star-theme 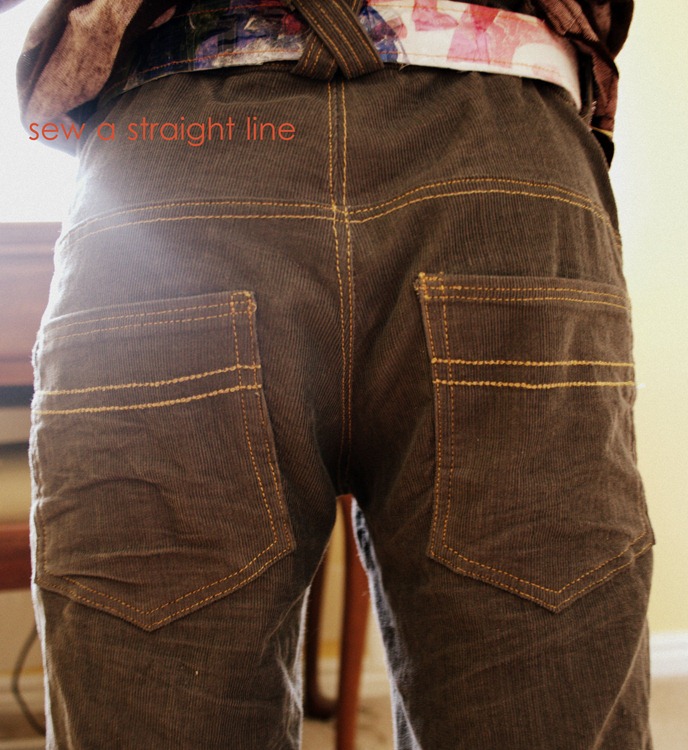 But wanted more stars.  So I took some simple yellow cotton, washed it, and then stamped stars at random using a fabric-friendly ink.  Iron to set the ink, and you’ve got custom fabric. 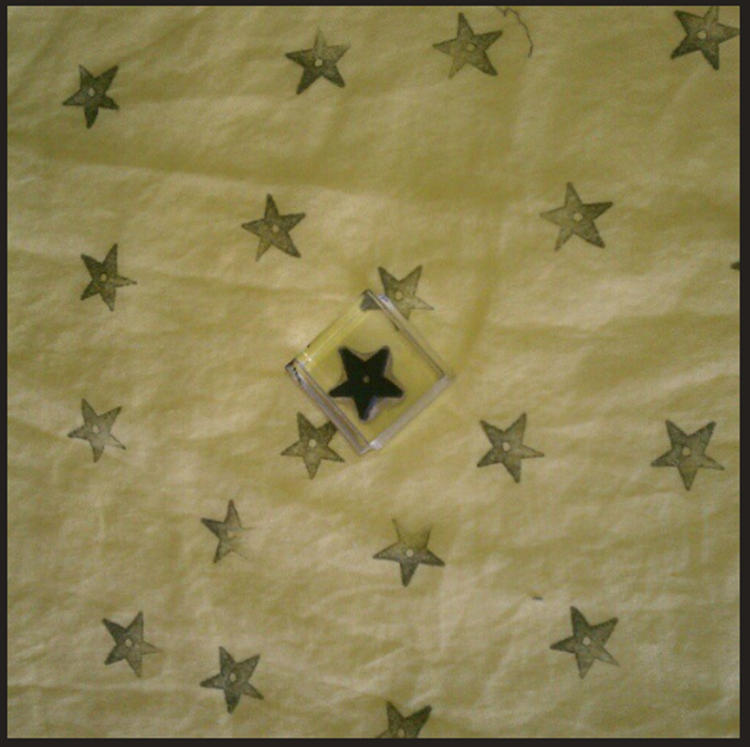 Dusty yellow stars make an appearance as a tag at the coin pocket, and as the lining for the front pockets. 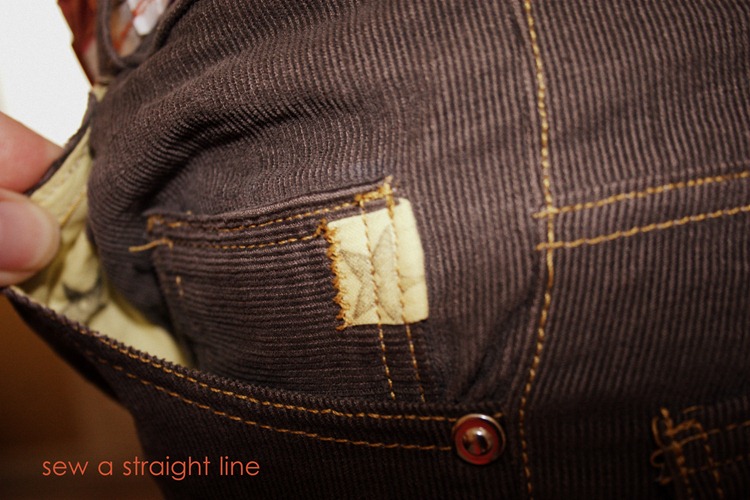 This was a  seriously fun outfit to make and put together.  I really enjoyed fitting in details that referenced Alpha Beta Parking Lot in subtle, cool ways.   And I always love a good inspiration for unique clothing for my kids.  I’d love to have you come on over to my blog, Sew a Straight Line, and see other things I’ve been making for my children and myself, including a ton of boy-inspired sewing. 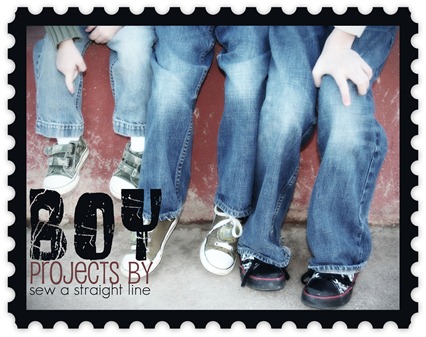 Thanks for letting play along with Sew In Tune! 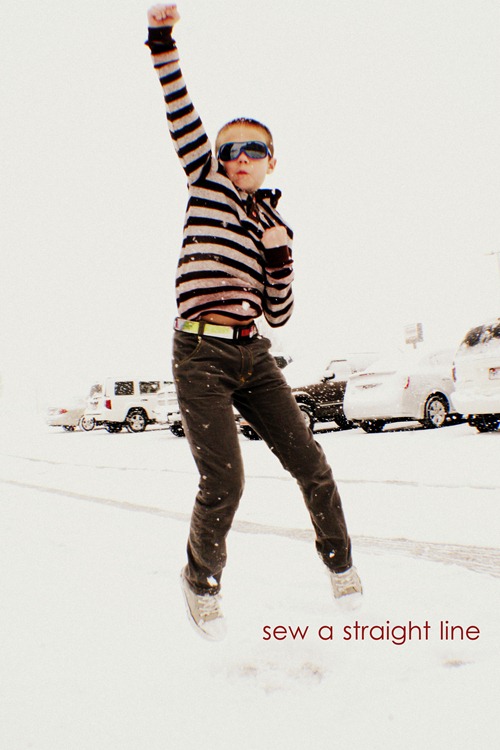 So glad to have Sabra – isn’t that outfit awesome? Make sure to check out a few of my favorites from her blog (I mean, the girl made JEANS for herself!): 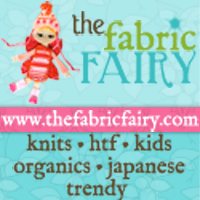 $40 Gift Certificate from The Fabric Fairy –