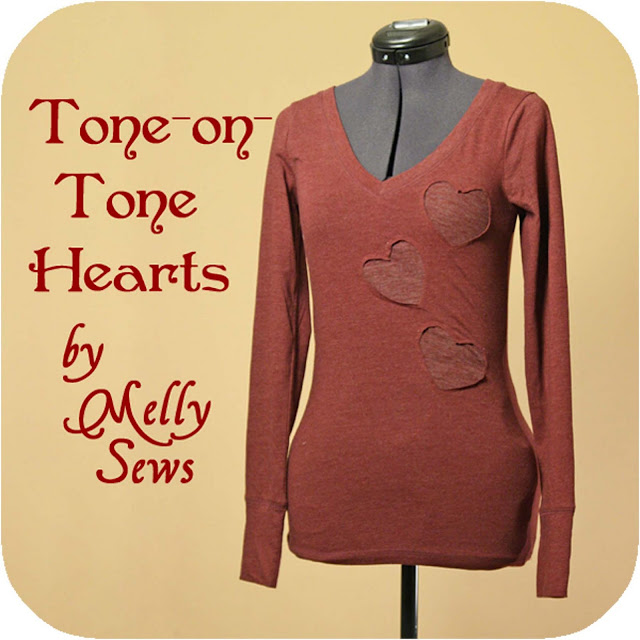 The last ReInvention of the series! This isn’t what I planned at the beginning of the month (which means you’ll still be seeing ReInventions – just not every Sunday now) but I really like it, and of course it goes with all the Valentine’s stuff I’m seeing in blogland lately.

I’m all for holiday attire, but I like mine to be subtle, so I can wear it for more than one day (this does not apply to my kids, though. Look for a post later about their Valentine’s shirts).

I started with this t-shirt, which I got new for $3 on clearance. 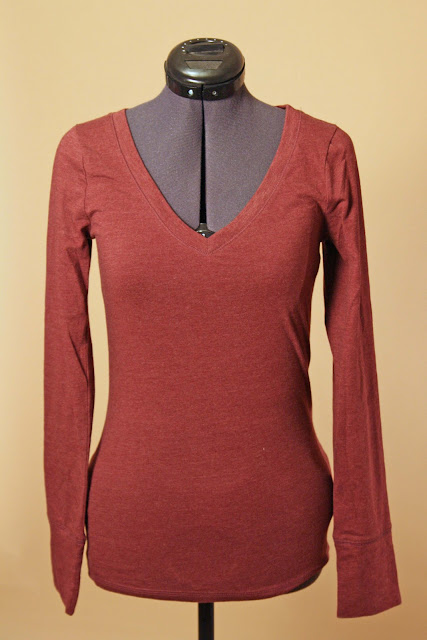 I also had part of a t-shirt left over from the Poinsettia T-Shirt that was almost the same color. 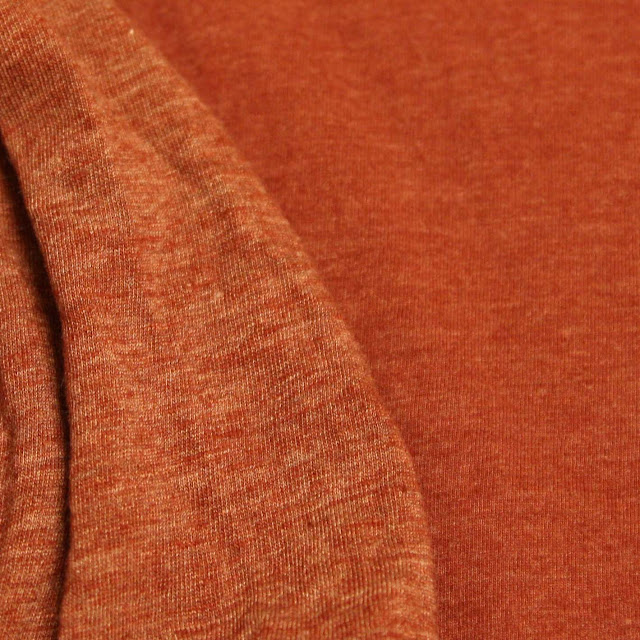 So I reverse appliqued the hearts. Don’t know how to do that? See my tutorial here

A few pointers – it’s tricky to get the paper and the new fabric sandwiched onto the t-shirt. If it had been any bigger, I’d have cut up the side seam so I could lay it flat to applique. But it’s pretty snug, and I haven’t been running lately, whoops! This is part of the reason Molly (my dress form) is modeling instead of me.

Anyways, if you’re not cutting seams, you need to put cardboard inside to help with pinning, so you don’t pin through the shirt. And you need to use lots of pins. After I took this picture, I basically outlined the hearts with pins. 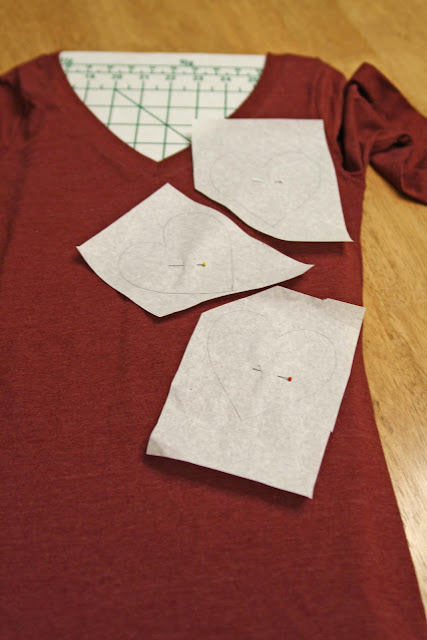 I left more of an edge than you typically would when I cut the t-shirt, just because I liked the way it looked. 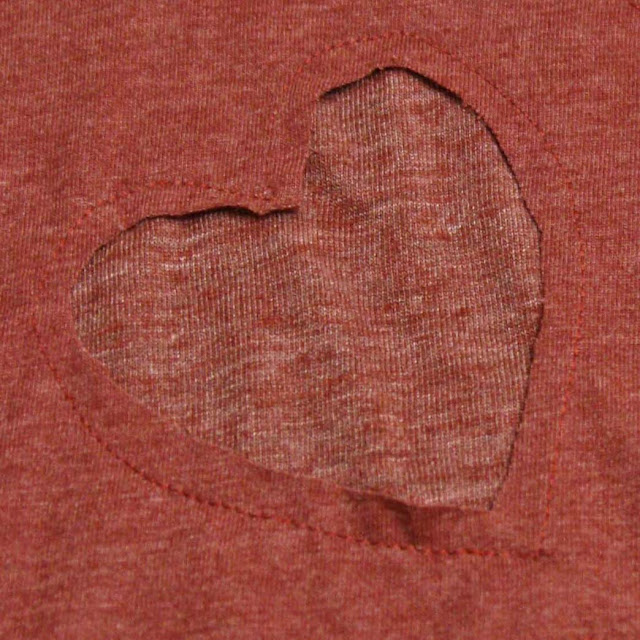 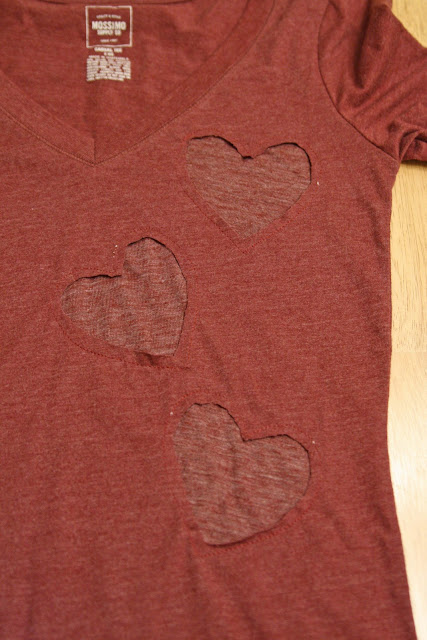 And there you go! I want to say thank you to all of you who have been reading and following these ReInventions, it’s been fun! 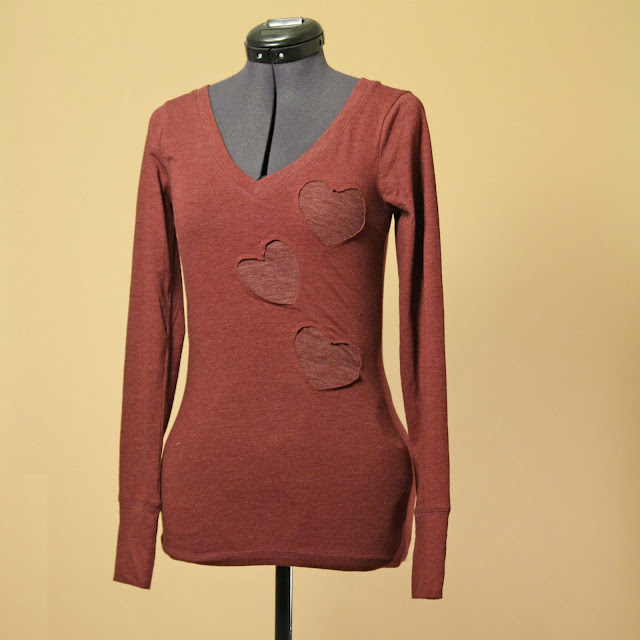 Previous Post: « Argyle Hoody – Project Run and Play Sew Along
Next Post: Saturday Blazer by You and Mie and Sherlock Holmes by Pinafores and Pinwheels »