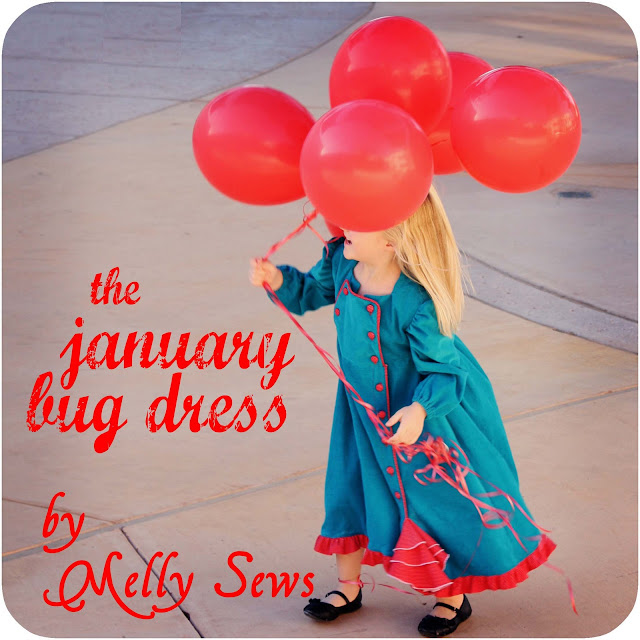 This was featured here:

If you have kids and don’t follow Project Run and Play, you’re missing out. Season 3 has just begun.

After Season 2, Elizabeth and Liz from Simple Simon & Co (the Season 2 winners) took over the blog. They have made some changes I’m a big fan of, including a Kid’s Clothing Linky Party and a Sew Along for Season 3!

The first challenge this season was a remix of the June Bug Dress By Craftiness is Not Optional. 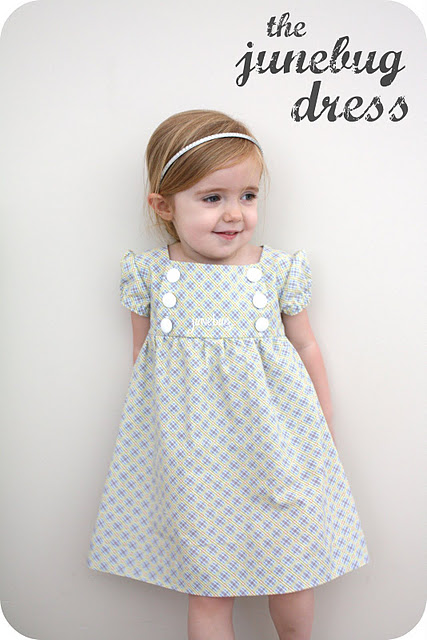 So this is my take on it – the January Bug Dress. 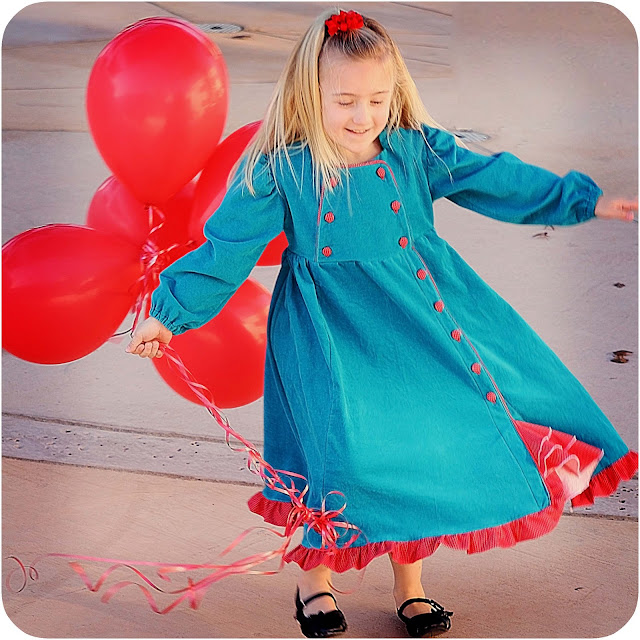 When thinking about a pattern remix, I didn’t want to totally change the pattern so it was unrecognizable.  So I definitely wanted to keep the buttoned bodice, since that is the unique feature of this dress. So I made longer sleeves, continued the buttons down the dress, and added piping to the bodice and skirt flap, and the ruffles and flounce. 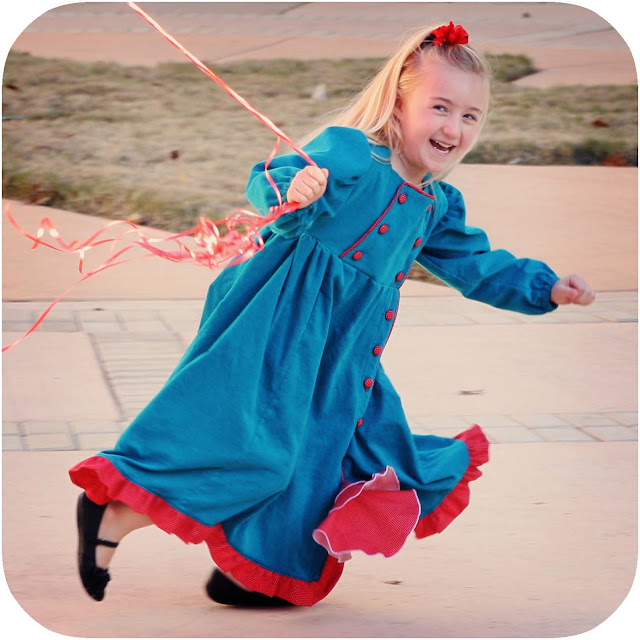 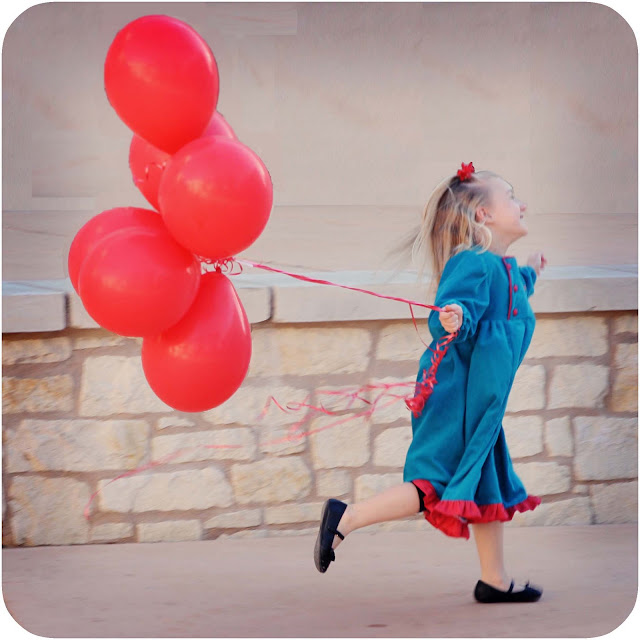 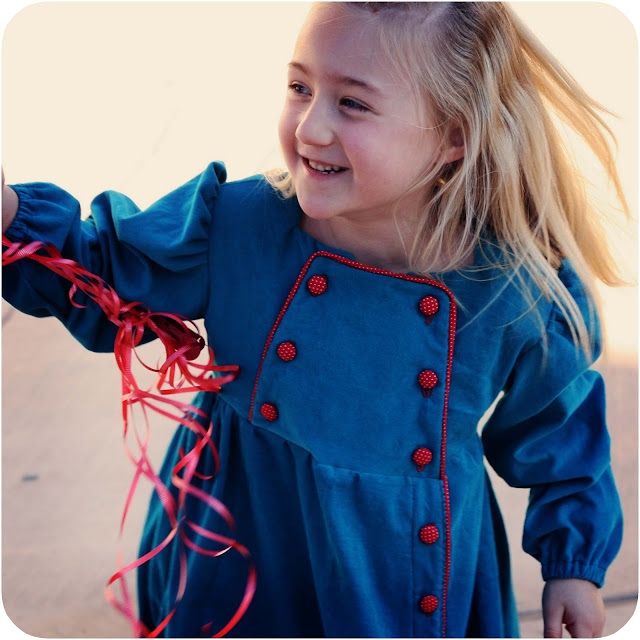 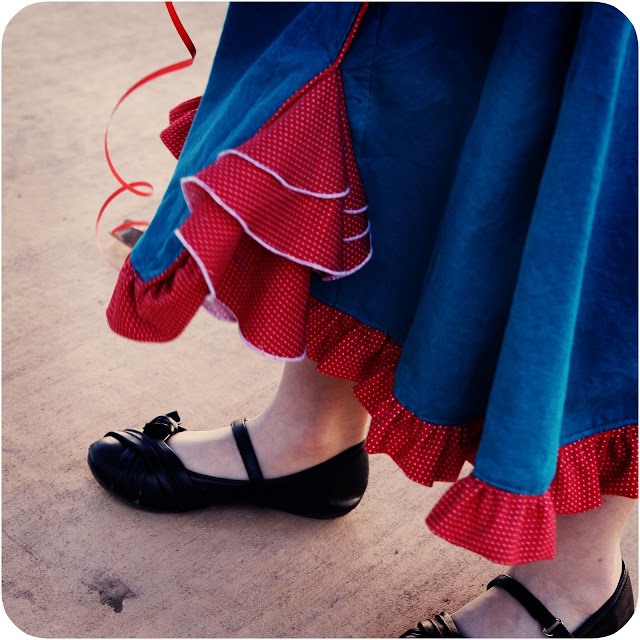 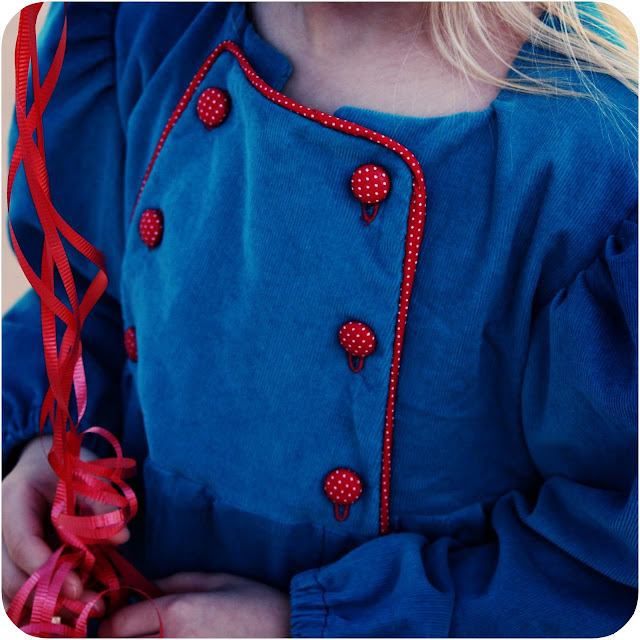 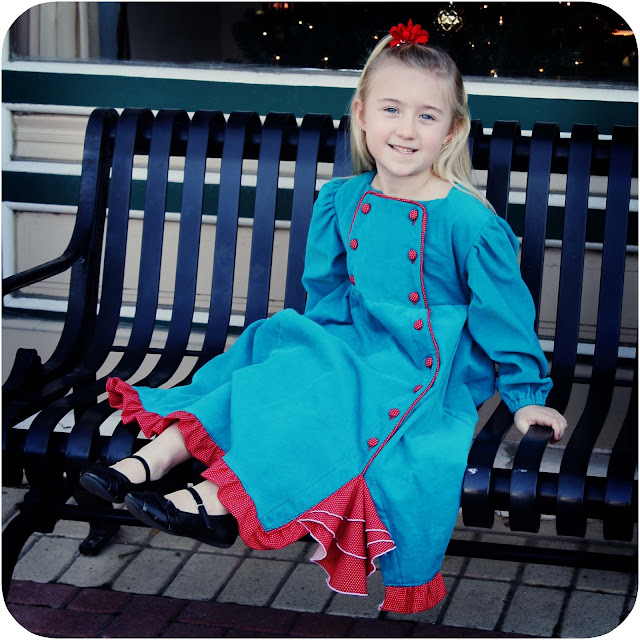 I love the chance to sew for a girl once in a while, and when I saw this pattern, I immediately knew what colors I wanted to make it, and which little girl I knew would be a great model for it. Isn’t she beautiful? And she was great to photograph.