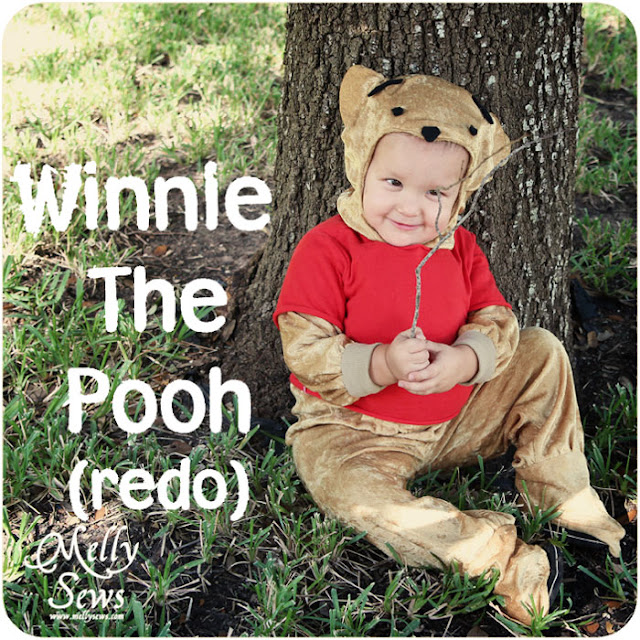 This post originally appeared over at Rae Gun Ramblings for her Handmade Halloween Series. And of course this costume goes with my Precious Piglet And Tigger Too costumes.

Today I’m going to show you how I took Tater’s Cowardly Lion costume from 2 years ago and made it into Winnie the Pooh for Bean to wear this year. I love to upcycle, and I hate costumes that only get worn once.

This was Tater’s costume – and yes, we as a family went as characters from the Wizard of Oz, and no I can’t show you the whole picture because my Hubby would kill me. 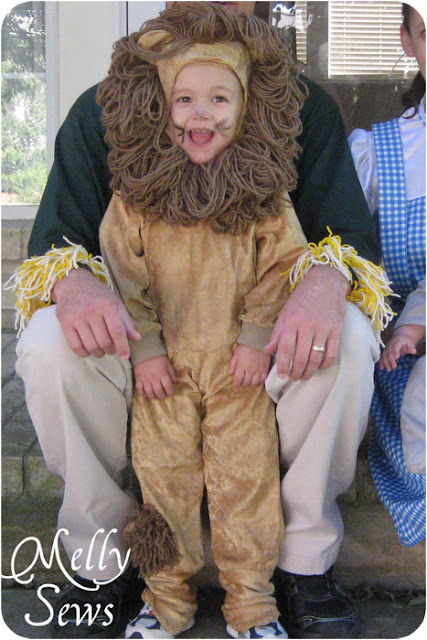 I made the costume from this pattern, which was handed down to me by an aunt and is out of print.

However, this pattern is currently available and looks like it has the same bones

The first thing I did to turn this lion into a bear was to take out my seam ripper and remove the tail. 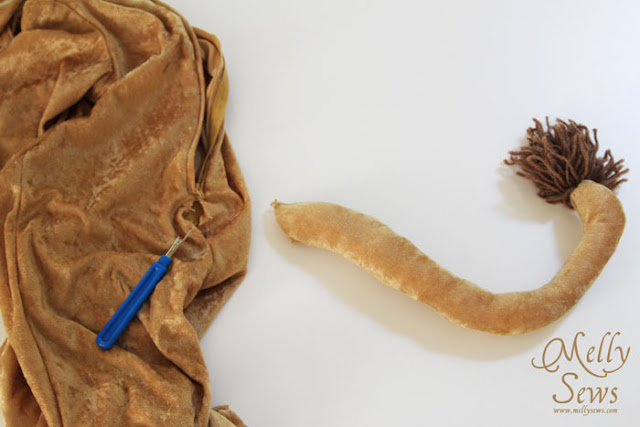 I sewed that seam up (and saved the tail, because hey, you never know when you might need a random lion tail, right?) and then seam ripped an opening in the topstitched on belly. 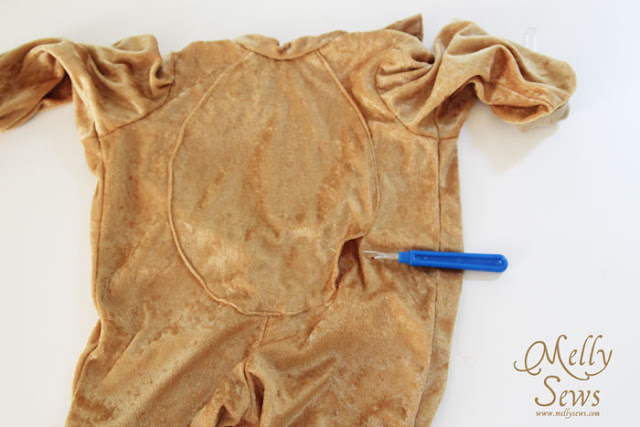 I proceeded to stuff the belly until it reached Pooh like proportions (which is Bean’s favorite part of the costume). 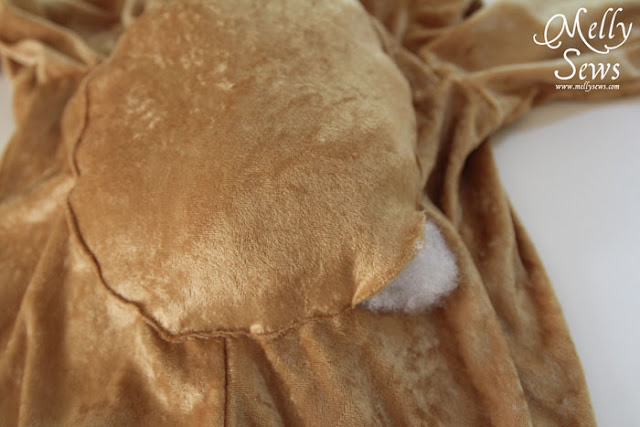 I topstitched the belly closed again, then tracing a t-shirt, I cut out Pooh’s shirt from a thrifted one. I cropped the length and left the edges unfinished so they would curl like the real Pooh’s shirt collar and sleeves do. I had to buy new fabric for the new hood (there was no way I was unstitching all that yarn to re-use the old one). This is what those pattern pieces look like: 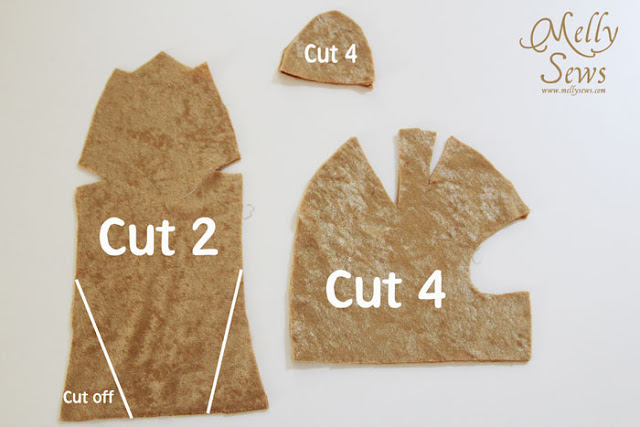 I forget that I hated the design of this hood the first time – it hangs all loose in the back – so I stitched it all closed, then got ready for the photo shoot, then remembered. So I tacked it in the back for the pictures, then picked out the seams and cut off fabric as indicated in the picture to take care of that issue.

Also, I may have done something wrong sewing it to begin with because the page with the directions for the hood is missing from my pattern.

You can see how the darts in the hood side pieces allow you to insert the ears. 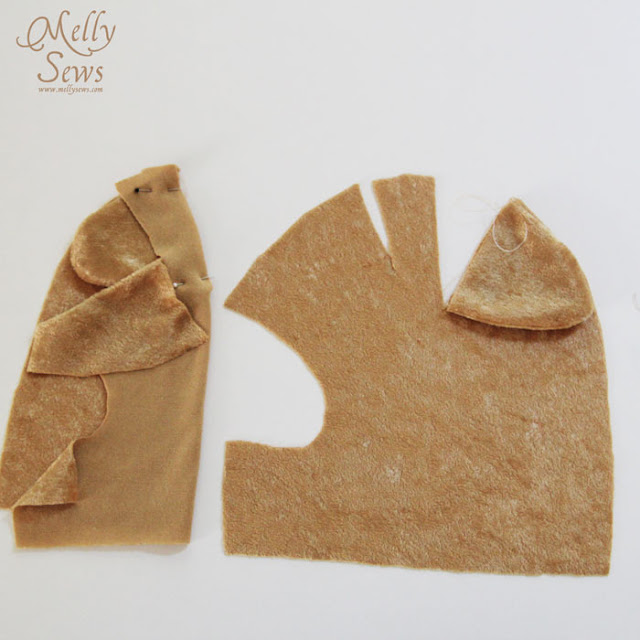 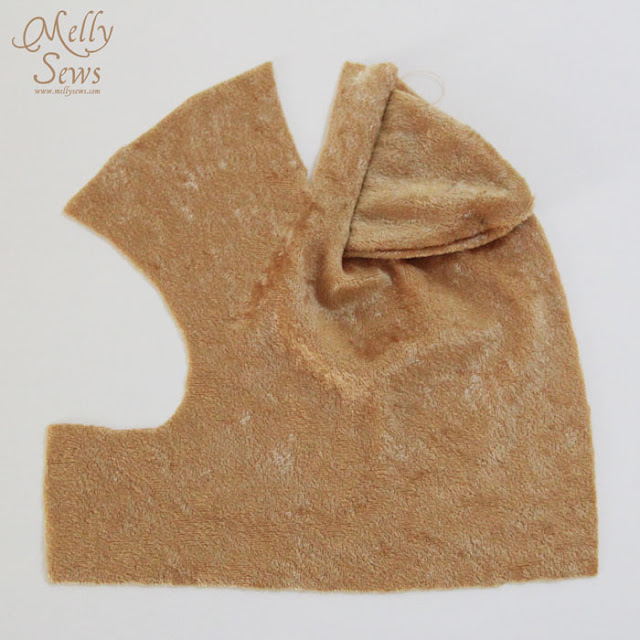 Finally, I glued fleece (felt would work too) onto the hood like Pooh’s face. 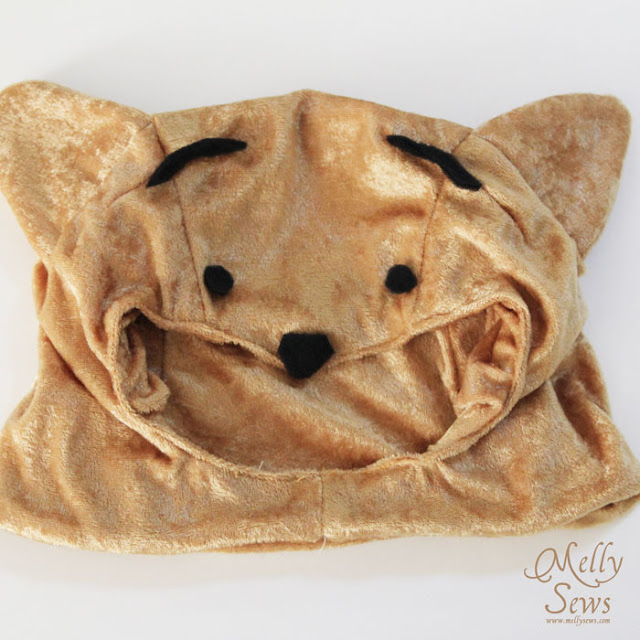 And there’s my Winnie the Pooh 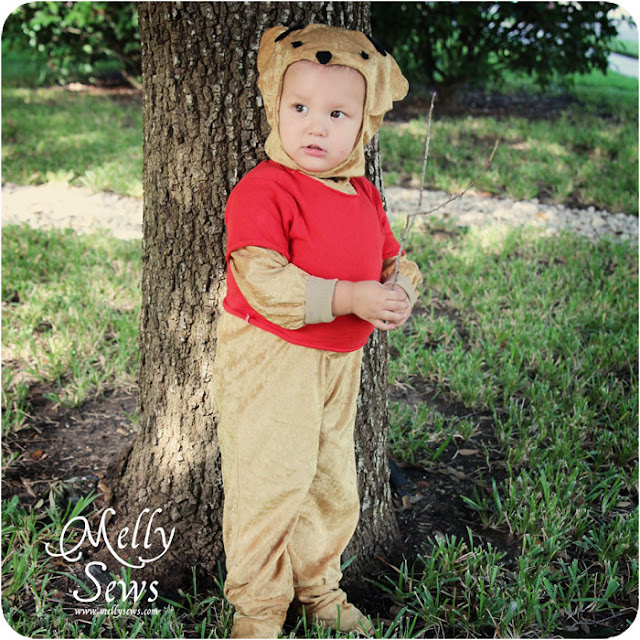 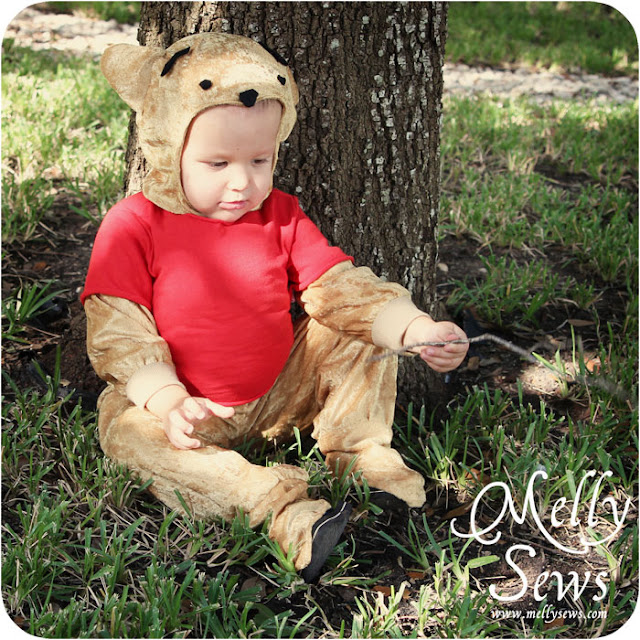 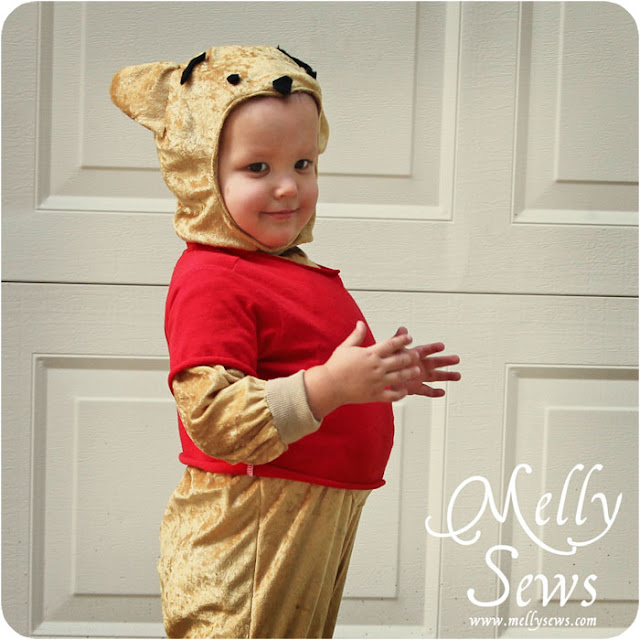 Thanks for having me, Marissa, and don’t forget to stop by my blog – I’ve got Tigger and Piglet costumes coming up!