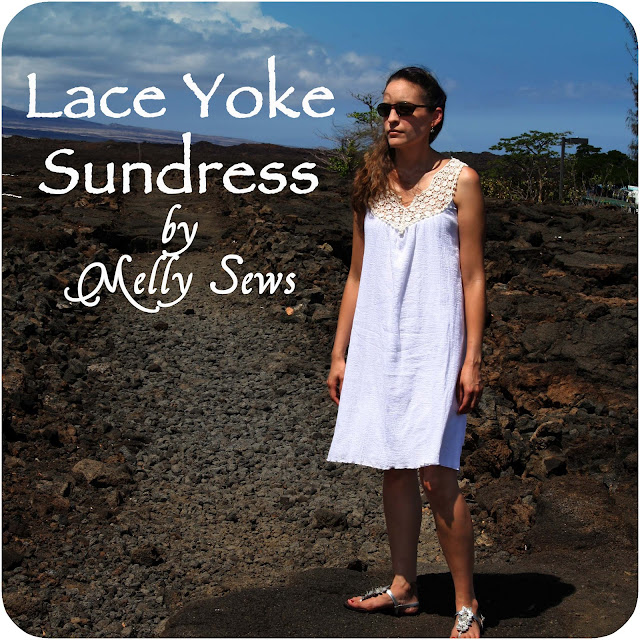 I hope y’all have been enjoying this series – there have certainly been some fabulous dresses!

So, the real reason I had the brainstorm for this series was because I knew that after a VERY long time saving, Hubby and I were going to get to go back to Hawaii this month, and I wanted not to worry about posts. Thus the series that you have been treated to was born.

So I took along my sundress, because I figured if the rest of the dresses made mine pale in comparison, at  least I’d have awesome scenery to photograph with!

We went to the Big Island, which is our favorite one. This time all the grandparents tagged along, so we had plenty of babysitters – they had the kids the morning we took these photos, in fact. I wanted to take advantage of the starkness of the white dress against the black lava rocks, which I think of as this island’s signature. 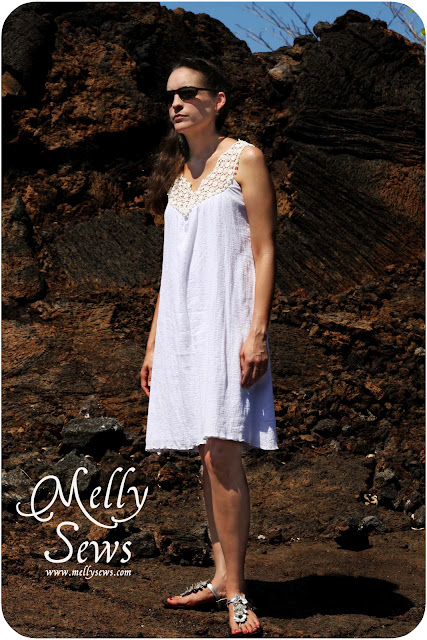 The dress itself is an upcycle. I found this shirt at the thrift shop 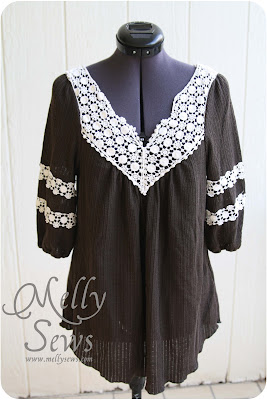 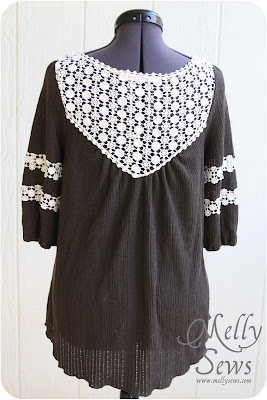 It was made of this weird, ugly brown polyester knit. Not only was it ugly, it was heavy (and therefore hot).

So over the course of watching a few episodes of Storage Wars (who else is addicted to that show?), I carefully unpicked the stitching holding the lace onto the shirt, and set the lace aside. I used the fabric I cut off as a pattern to cut out two layers of cotton gauze that I used for the bottom half of the dress. I finished the raw edge of cotton, then topstitched the crocheted lace into place. 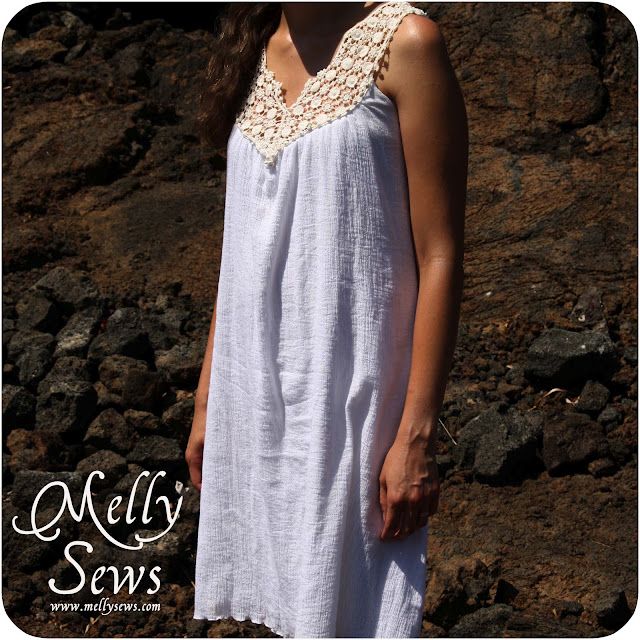 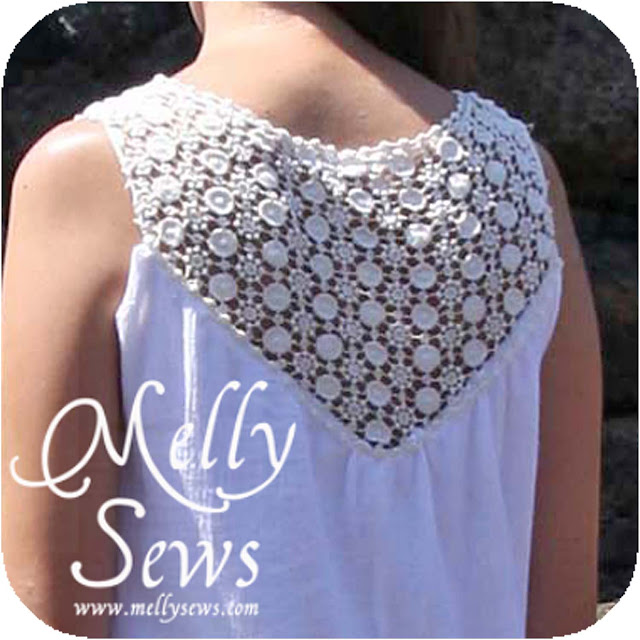 It was the perfect dress to throw on in the breezy coastal heat, and just in case you’re worried the Big Island is nothing but rocks, right on the other side of those rocks is the beach, where we took these pictures on our last evening there. 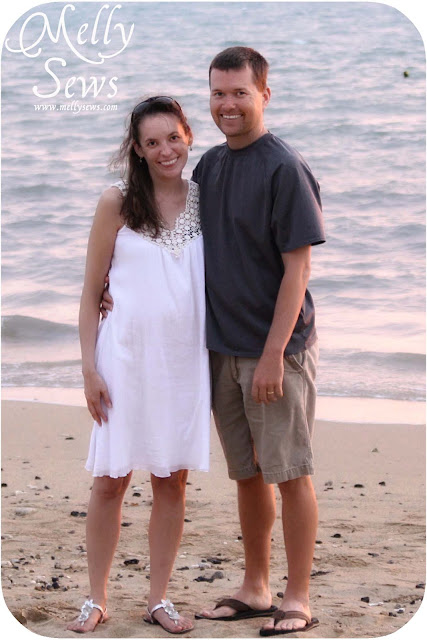 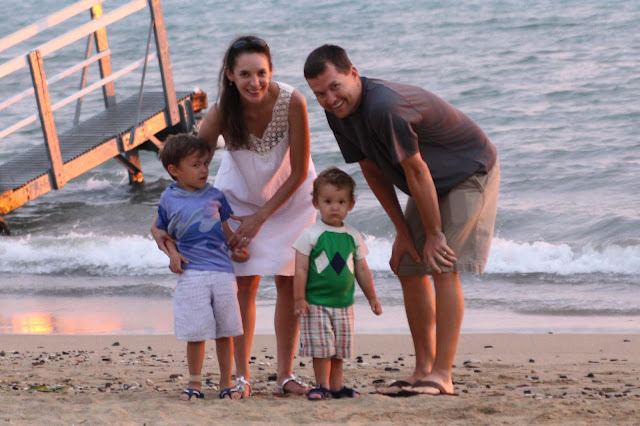 Ahhhh, Hawaii, I miss you already…

Don’t forget to come back tomorrow, when Melissa from Sew Like My Mom shows you what she made.