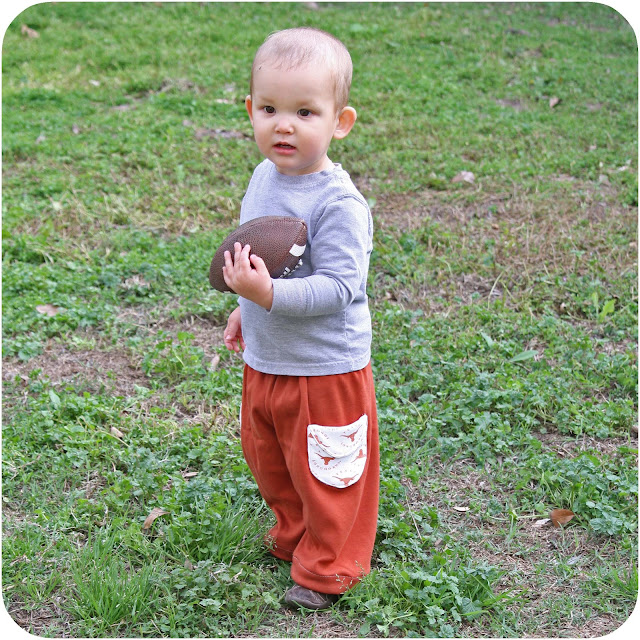 Wow, Bean looks like such a baby with his short hair! While I love his curls, they were getting out of control, and they’re impossible to cut just a little right now because his hair is so fine – it winds up all uneven. So for now it seems to be best to cut his hair with the clippers and let them grow back out.

But I digress. This post isn’t about haircuts but about the Kickin’ Back Sweats he’s wearing from the Sewing for Boys

book that is the subject of the sew along Stacey over at Boy, Oh, Boy, Oh, Boy! is hosting. The Kickin’ Back Sweats were this month’s pattern, or the Mr. Two Face Pants if you were sewing for an under one. I kind of mixed mine up – I used the size 2 Kickin’ Back Sweats pattern and the pockets from the Mr. Two Face Pants pattern. Which I then placed according to the lines for the Bobby’s Bather’s pattern. So these pants are a…hybrid, I guess? 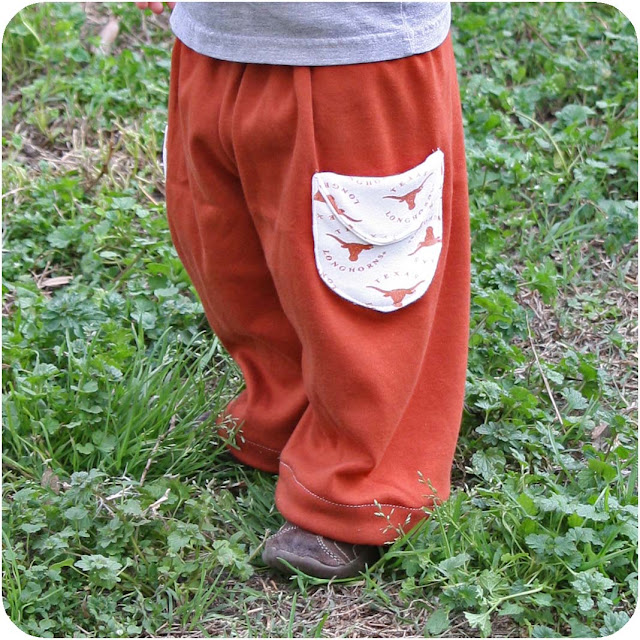 The pockets are from some “Tekky Wonghor” (Texas Longhorn in Bean-speak) pajama pants that I cut into shorts for myself. 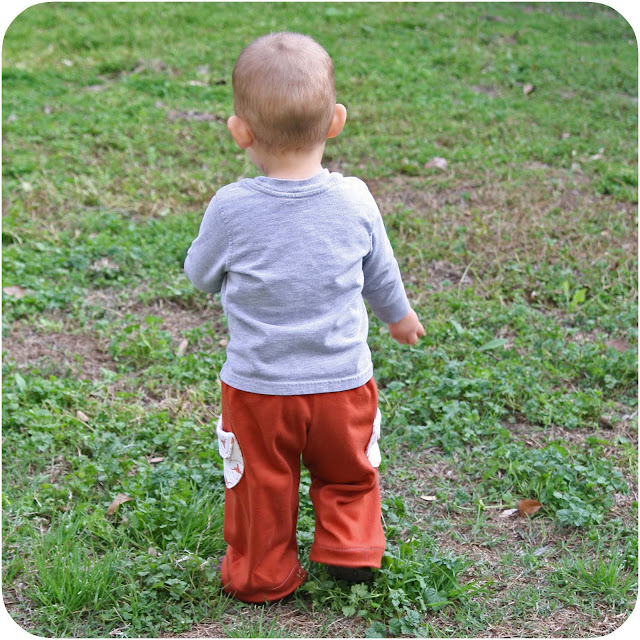 As for the pattern…I might use it again as shorts, but I’m not crazy about the pants. They are waaaay huge, as in wide-legged. I can’t imagine what these would look like on Tater, my skinny guy. Bean is my average sized kid, and even with him I took the legs in about 1 1/2 inches each and they still look awfully baggy to me. 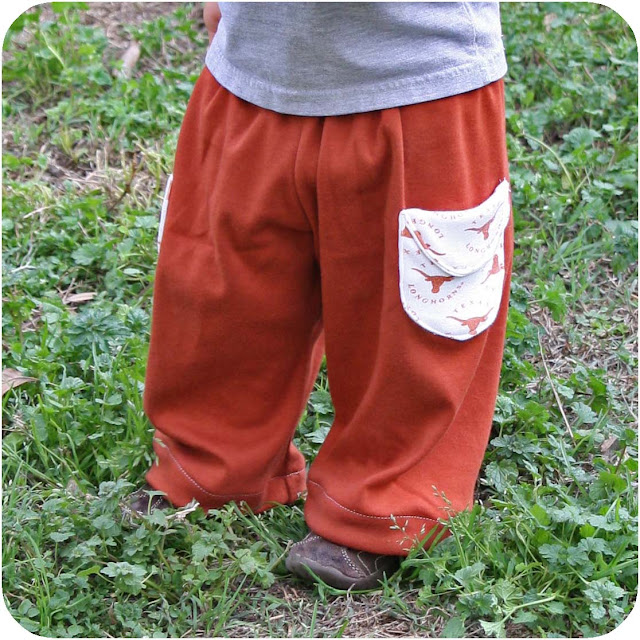 Bean enjoyed running around in them, though. 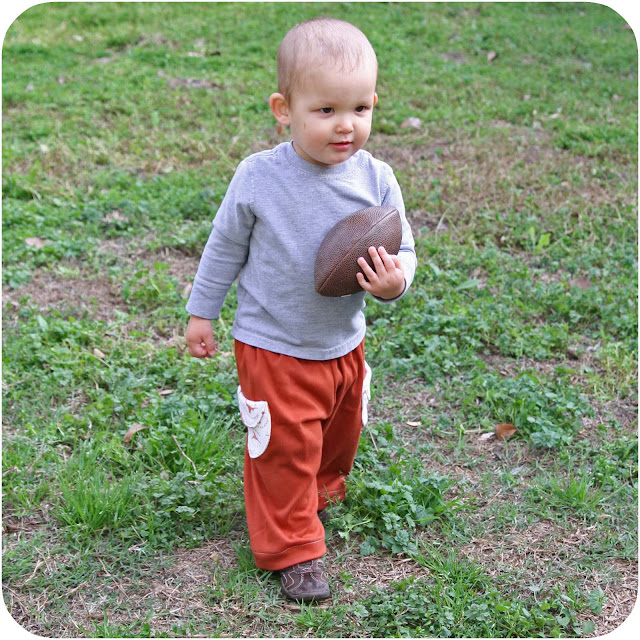 He told me, “I quarterback.” Of course you are, cutie.