Home » Other Useful Stuff » How to Fix Your TOMS 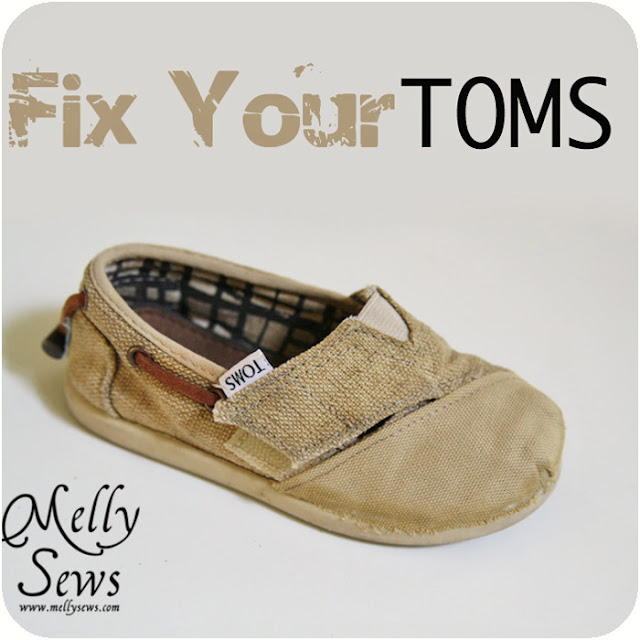 I am a big fan of TOMS shoes – comfy and stylish. I bought Tater a pair (mostly because I needed them for the Wildflower White shoot) and he loves them too. Especially because he doesn’t have to wear socks.

Alas, I didn’t immediately patch them from this inside like I plan to do with any TOMS purchased in the future. And Tater, like most boys, is HARD on shoes. 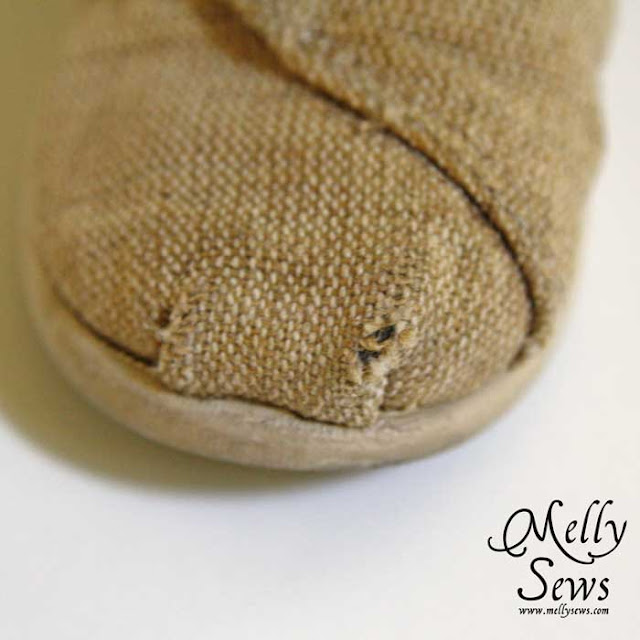 I remembered seeing this post on I Am Momma Hear Me Roar about how to fix TOMS. So I set out to do the same thing, but I had to make a few modifications to her tutorial.

First, I couldn’t find the Alene’s fabric fusion. After 2 stores, I did find this kind at Joann. Hoping it would work as well, I bought it. 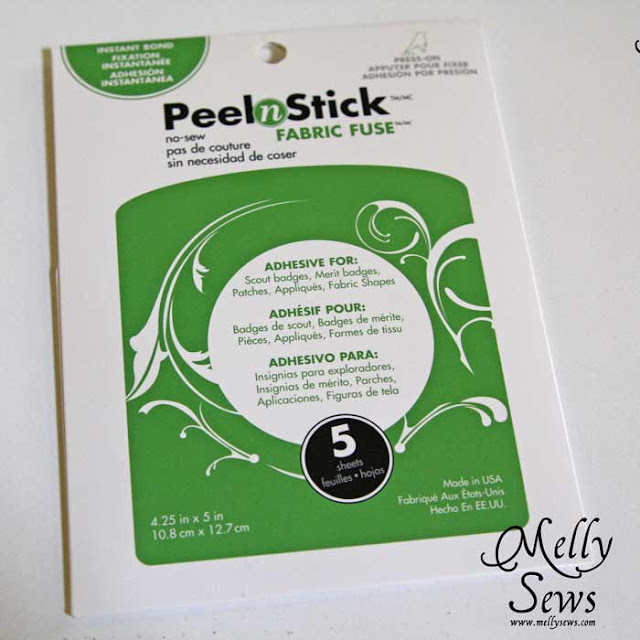 Next, I didn’t want contrasting fabric for my patches, so I bought duck canvas. However, this presented a new problem – I couldn’t really cover the raw edge with lace like she did.

So, first I laid the canvas over the shoes, and traced the diagonal seam. 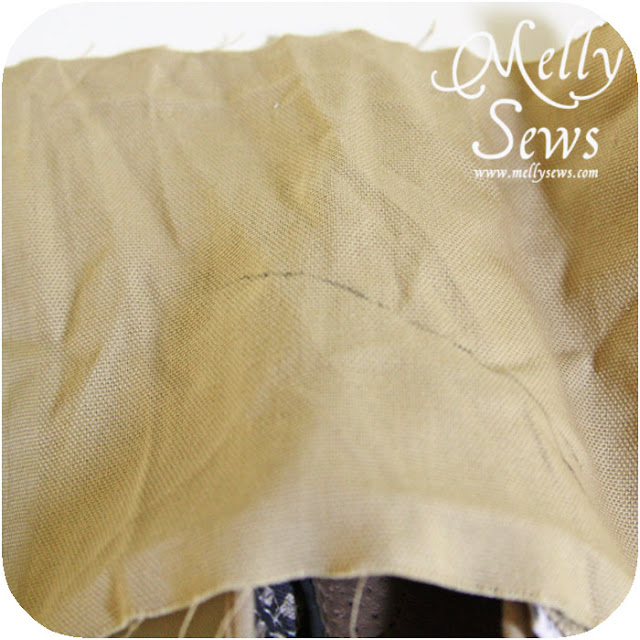 Then I cut along those lines, folded the edge under 1/4″ and sewed it down. 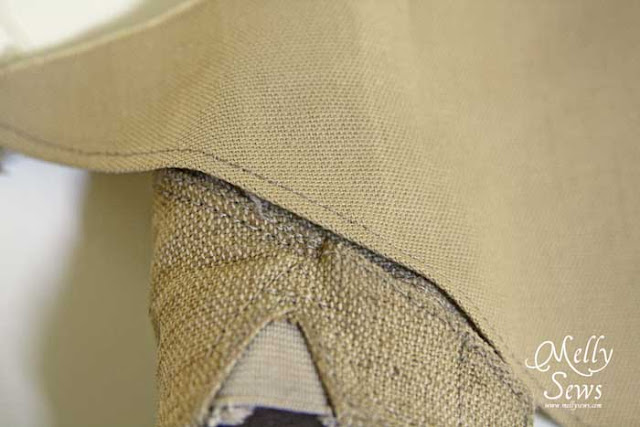 From there I used the peel and stick and trimmed the fabric like the original tutorial. 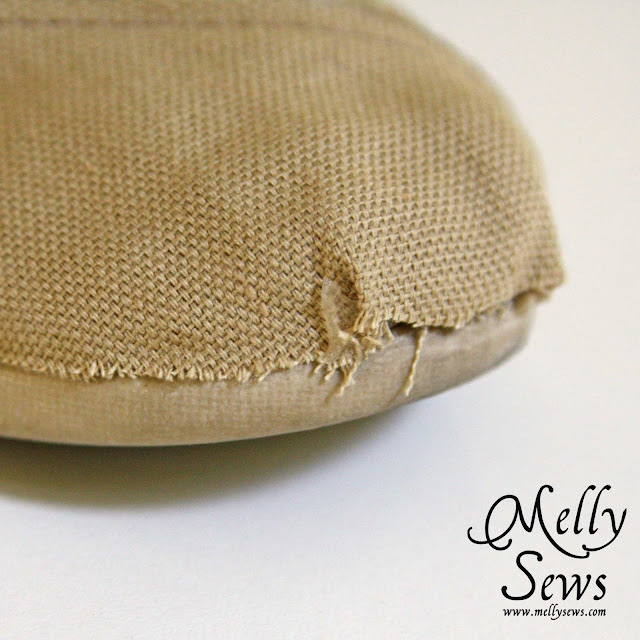 It was tricky to get the extra adhesive into the folds on the toes to hold the fold down. Also, because my canvas was a looser weave, I was worried about it fraying along the bottom edge. So I added some Mod Podge along the raw edge. 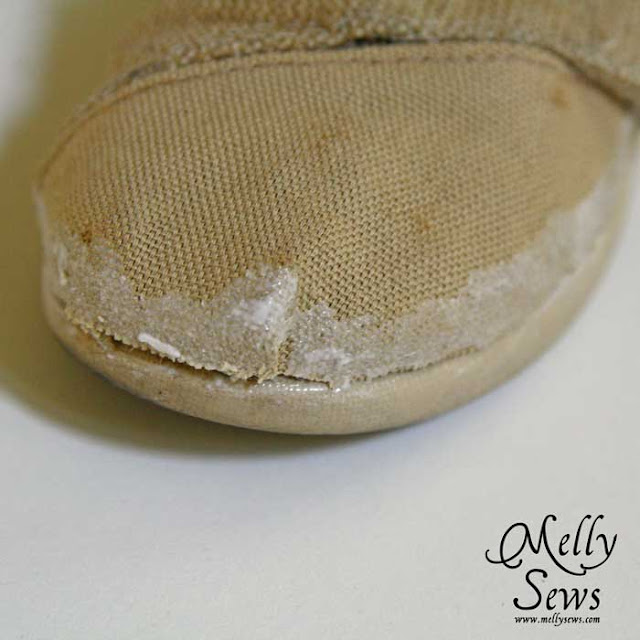 So here are the toes after they finished drying. 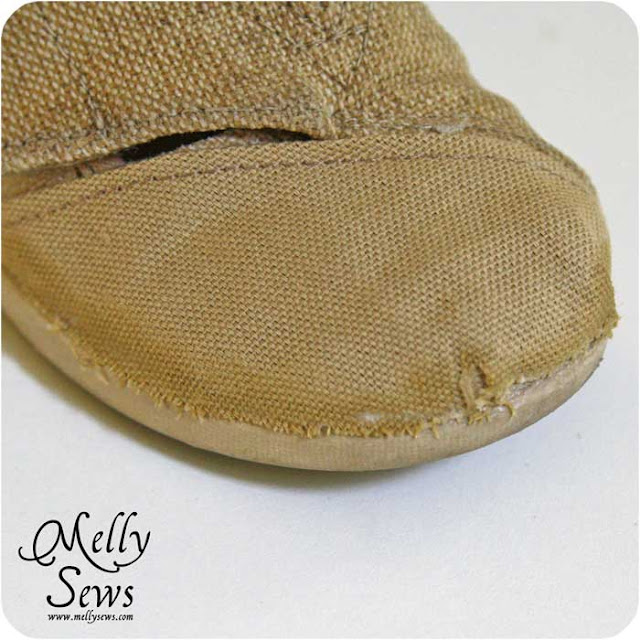 And because I’m skeptical about these kind of fixes (Photoshop is magical and all) I didn’t post this project immediately. I actually did it a month ago, and they’ve been worn daily since. Here’s what Tater’s shoes look like now: 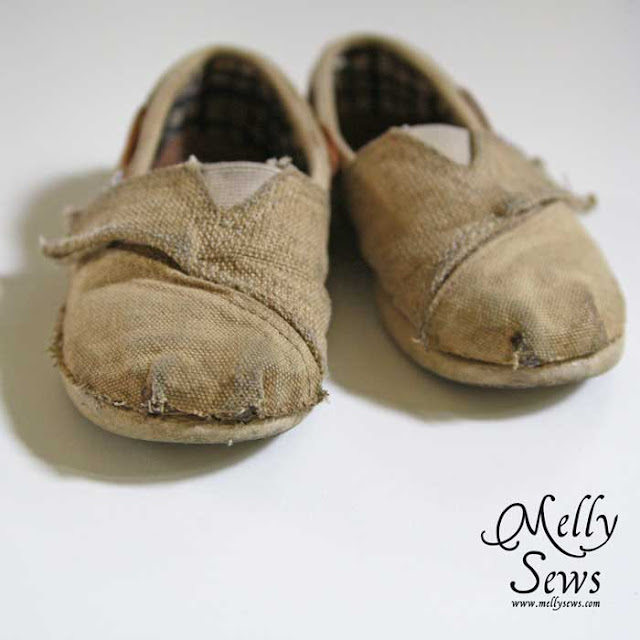 As you can see, the bottom edges are a little worse for the wear. The Mod-Podge part got darker, and the bottom edge is fraying more. But, they’ve been worn hard and put up wet, so overall I’m pretty happy with the fix. And the parts stuck on with the fabric adhesive haven’t come unstuck, so that’s good.

I think if I was to do this again, I’d also trace the bottom edge onto the fabric and turn it under and sew like I did for the top edge.

And I wouldn’t buy a color on which dirt is so apparent.