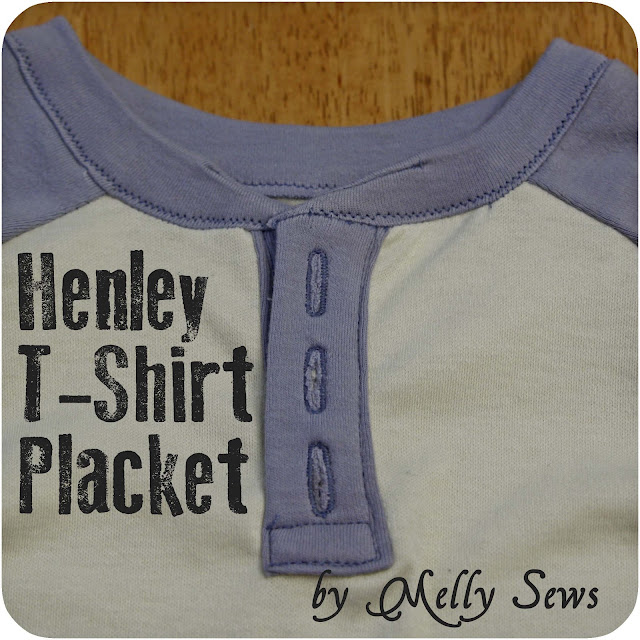 This is part of my Signature Look for the Project Run and Play Sew Along. The full post is schedule for Thursday, but you’re getting a sneak peak with this post.

In this tutorial, I’m going to show you how to take any t-shirt and turn it into a henley (or a polo – if you add a collar instead of a neck band, the placket technique is the same) by adding a button placket.

If you’ve never sewn a placket before, I recommend you try this with woven fabric first (maybe even with scraps) because knit fabric adds two challenges – one, it stretches, which can make the placket end up wonky if you’re not careful. You can interface the placket area to combat that, but that leads to more of problem two, which is that knits are usually bulkier than wovens, which can make the bottom of a placket challenging.  So, here we go.

So my rectangle below, for a final placket that was 3 1/2 inches long and 1 inch wide, is 4 1/2 inches tall by 5 1/2 inches wide. Then you divide your placket into sections as show below. The center three sections are as wide as your placket (though the very center one gets divided in 1/2), the two end sections each have 1/4 inch added to them. You should also mark a line 1/2 inch up from the bottom. 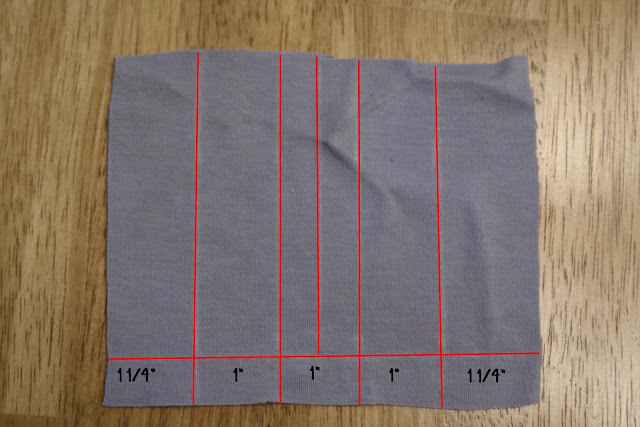 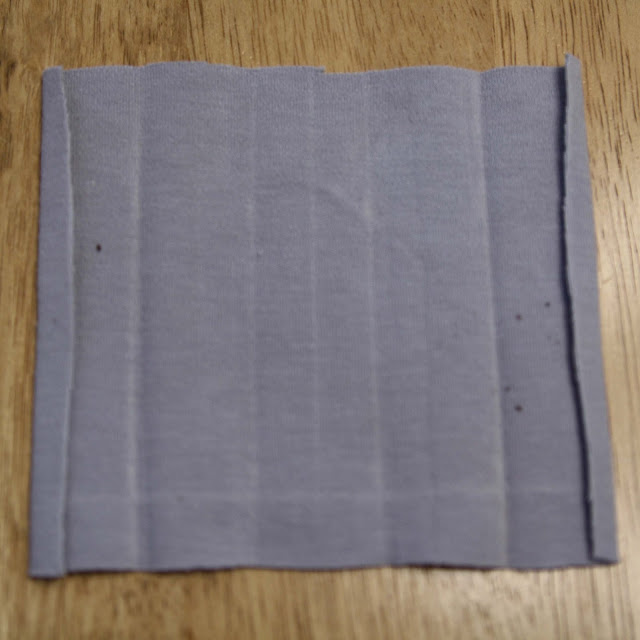 Now fold the ends in on the line so the edges now rest on the lines for the center section. Iron again. 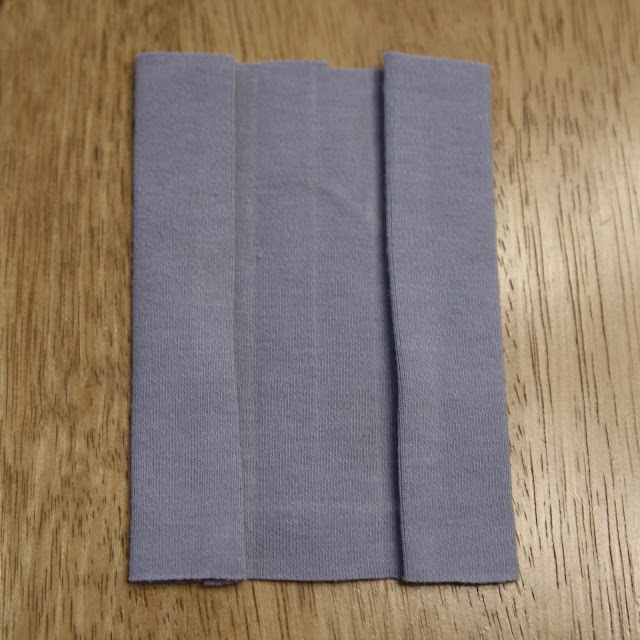 Fold those two ends in again, one over the other, and iron again. This is the width of your final placket. 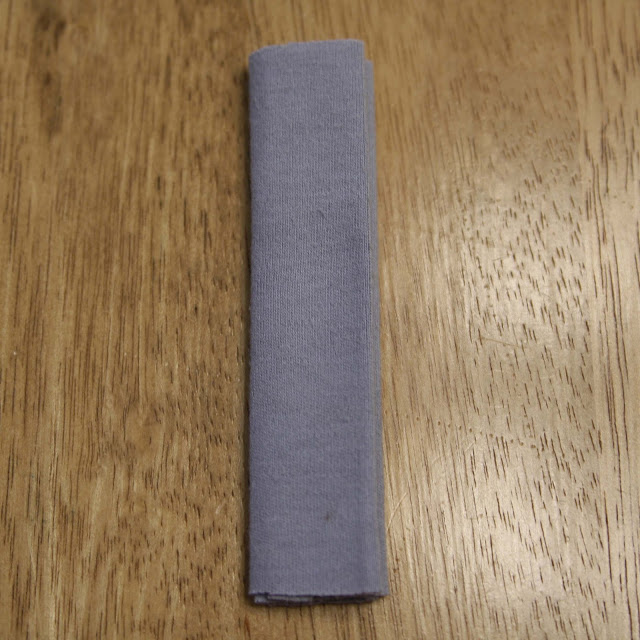 Unfold, leaving your creases from the iron. Line up the center of the placket with the center front of your shirt. Make sure you’re lined up all the way down the center front, so your placket doesn’t end up looking like it drifted off to one side. Pin this in place, then sew around the center section as shown with red lines below. 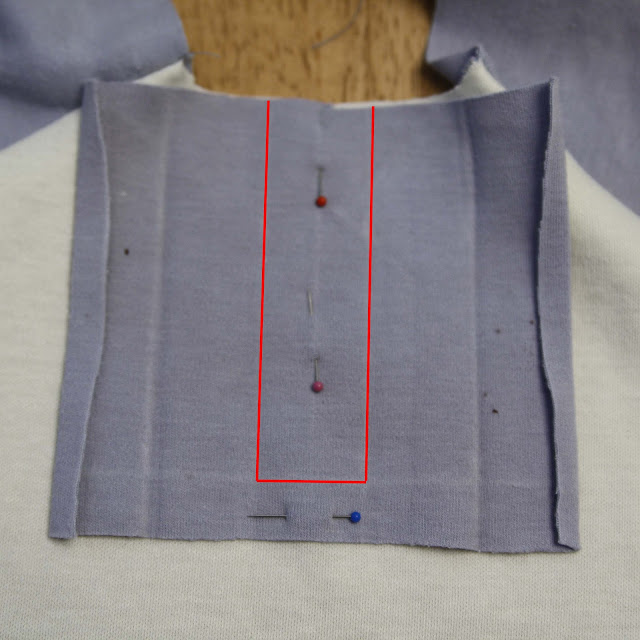 Next, you’re going to cut through your placket and shirt on the center line. Stop about 1/4″ from the bottom and cut into the corners, making an upside down Y shape. Cut as close into the corners as you can without going through the stitching. 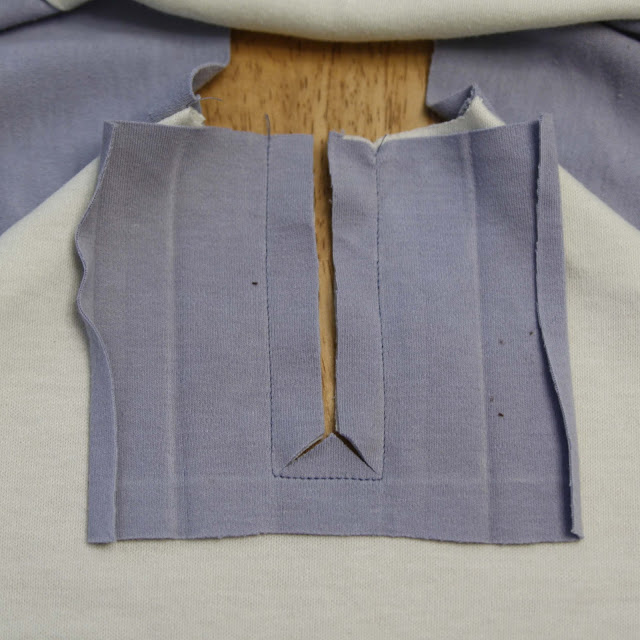 Since this is knit, I cut out the rectangles at the corners of the end sections as shown below to reduce bulk in my placket. If you’re working with wovens, you can skip this.

Woven or knit, you also need to cut two slits from the bottom straight up to the corners of your stitching. 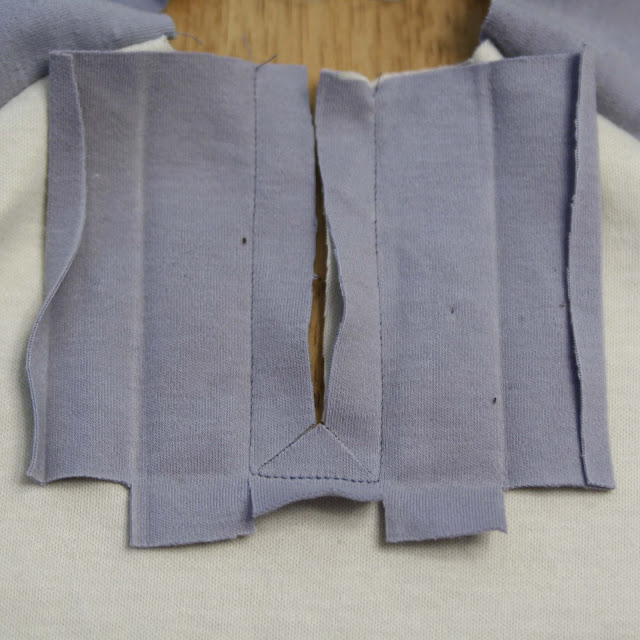 Now we’re turning the shirt over to look at the wrong side. You take one side of the placket (I’m doing a boy’s henley here, so this is the right side, if you want to be technical for a girl’s shirt you’d do this on the left) and wrap it to the inside, catching the Y flap and the folded up flap from the bottom center section and sandwich all of that inside the placket. The 1/4″ folded under edge needs to line up just over your stitching line. Pin it, then on the front side of the shirt (the better to hide your stitching) sew the right side edge (stitch in the ditch) and across the bottom of the placket. Make sure not to catch any part of the left side of the placket. 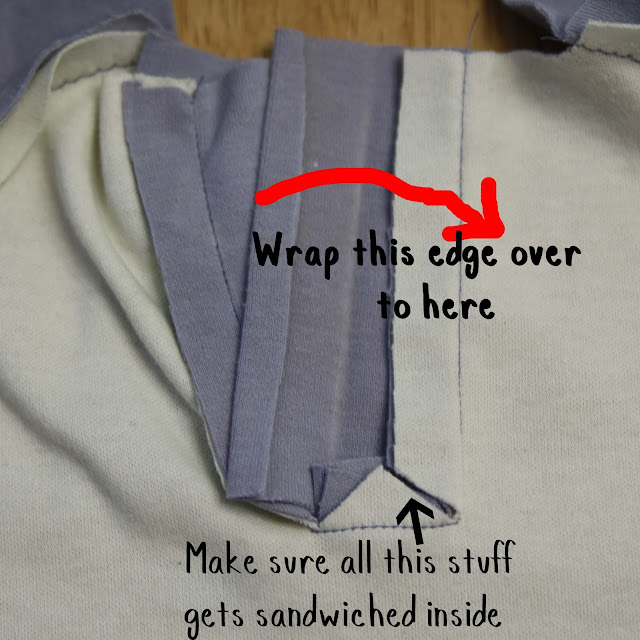 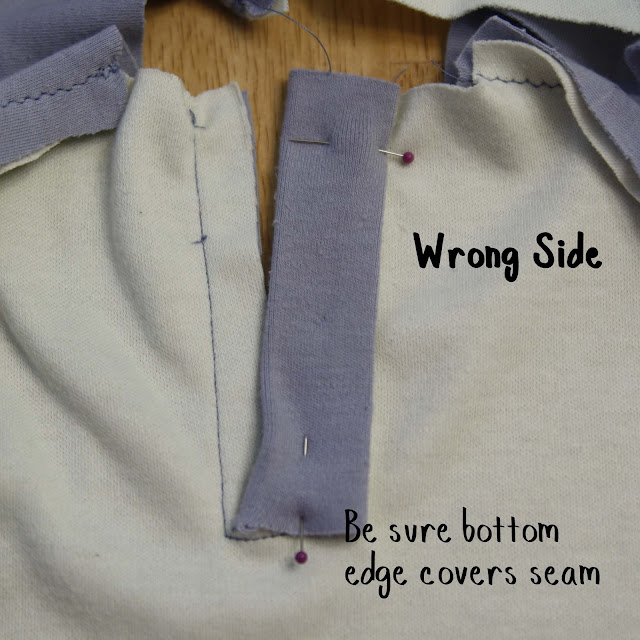 You’ll repeat the same basic move with the other side of the placket (fold up the bottom, then wrap around to the backside and pin, sew on the front side) but this time the bottom of the placket won’t be attached to the shirt, it’ll be a free flap. 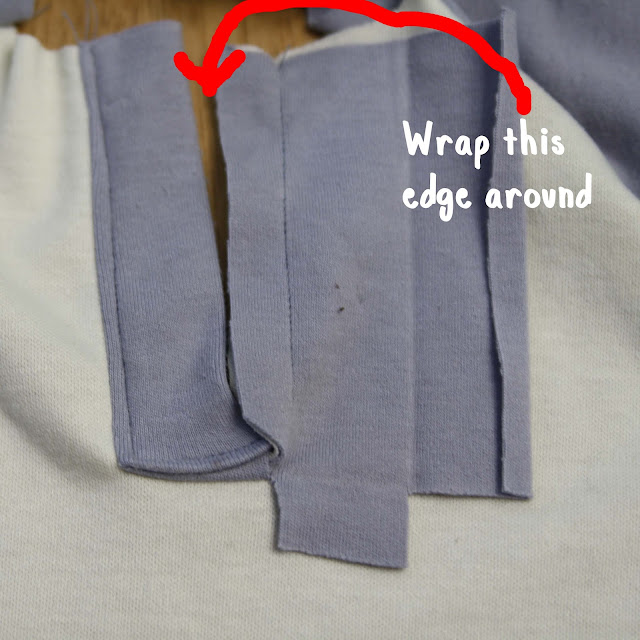 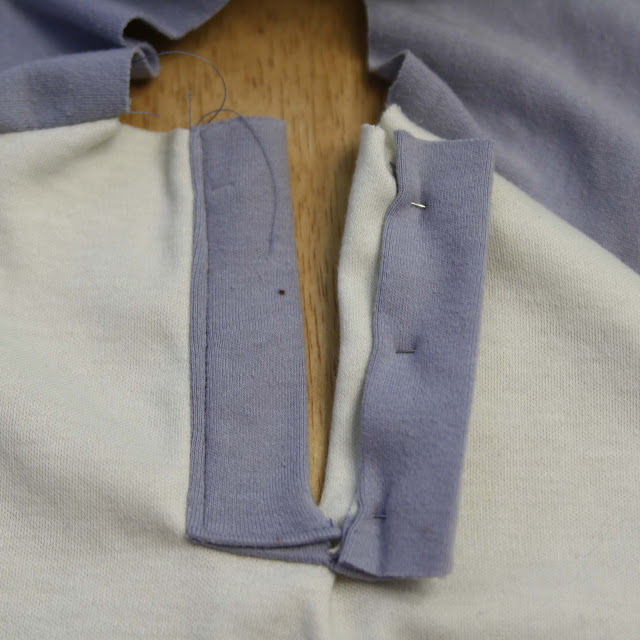 Sew down the side and across the bottom of the flap. Then make your buttonholes in it. 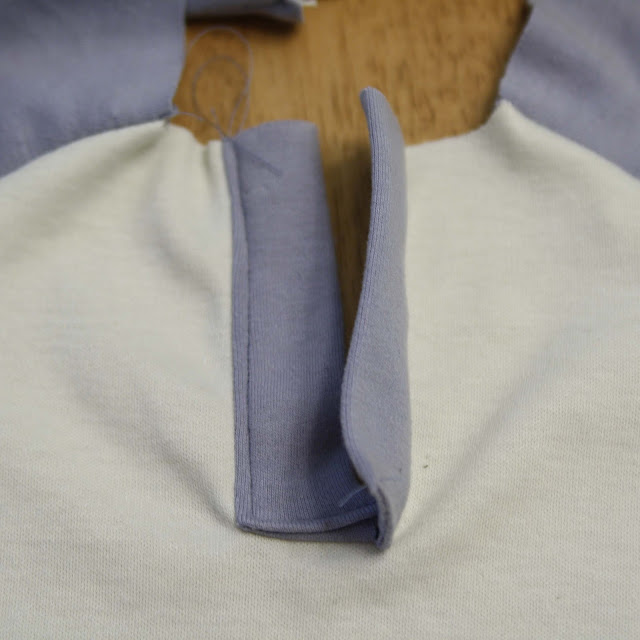 Next, put the free flap over the other, and stitch a box around the bottom to hold it shut. I didn’t have a picture of just the box, so I used a picture of after the neckband is on; don’t let that throw you, we’ll get to the neck band next. 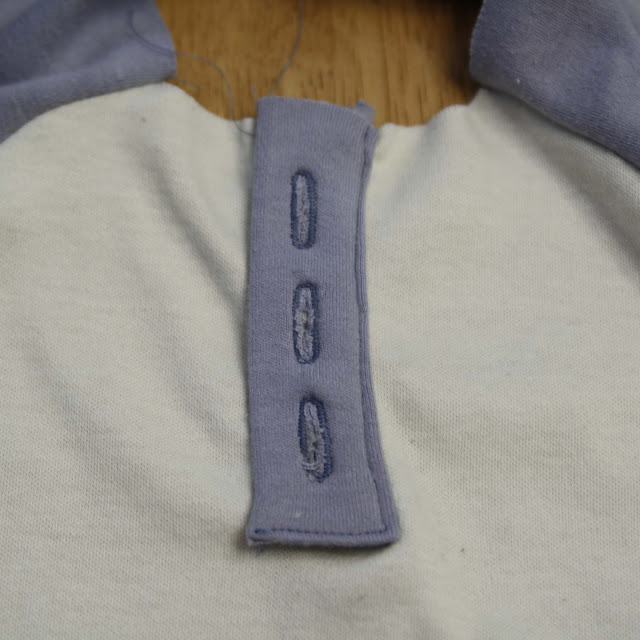 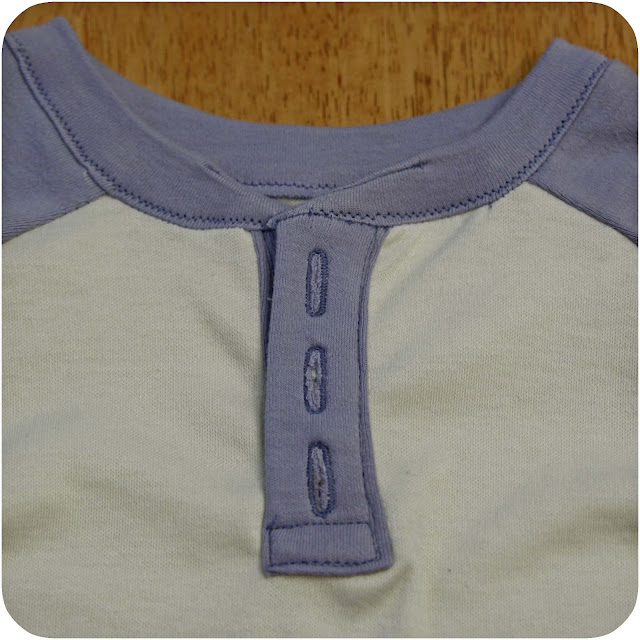 For the neckband – cut out a band about 1 inch longer than you normally would for your t-shirt pattern (all of my pattern is based on a t-shirt that fit my son, as explained here and here). Fold in in half, long sides together, and sew each end like this to round off the edges 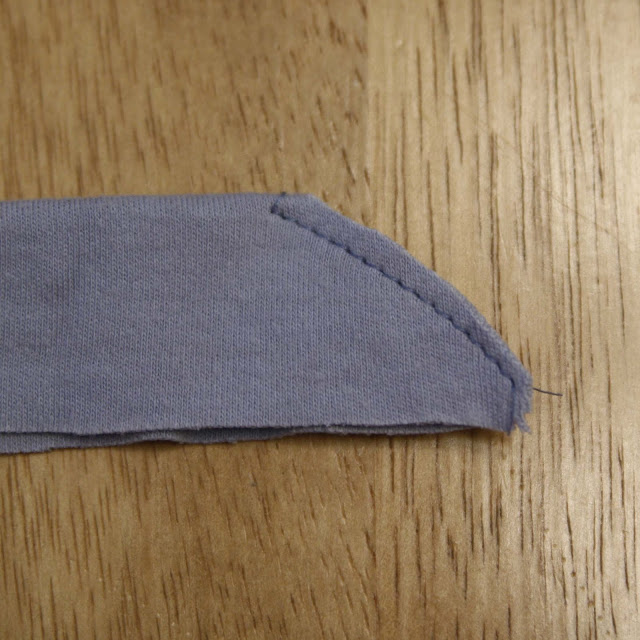 Now open your band up, and starting with one edge of the placket, pin it around like this: 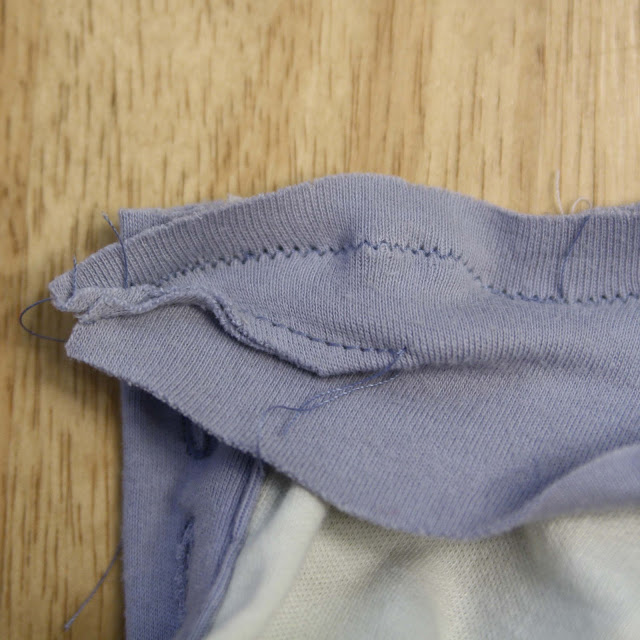 You have to leave part of the neckband sticking over the edge of the placket (on left in picture above) so that when you turn the neckband to the inside you have enough of it to fold over the placket top edge. Sew around, then flip the band to the inside, covering your seam. Sew on the front side (I used a small zig-zag) to secure the collar with the seam sandwiched inside. Hand sew your buttons and you’re done! Previous Post: « One Hour Pajamas
Next Post: His and Hers Henleys – Project Run and Play Signature Look »