Home » Hats Off for Hat Week!

In light of Bean’s recent haircut, he’s been having to wear a lot of hats. Christy suggested I do a Hat Month. Well, after two series this summer, I’m a little series-ed out (though Stacey and I have been talking about another Sew in Tune early next year), so I decided I’m just going to do a Hat Week! 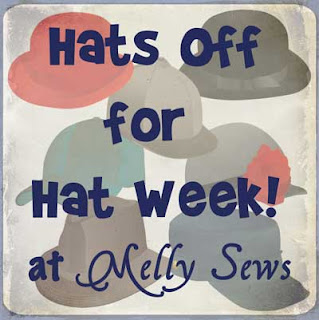 So, starting tomorrow I have 5 hats I’ve made – some for girls, some for boys, some from patterns and some made up as I go along. See you tomorrow!