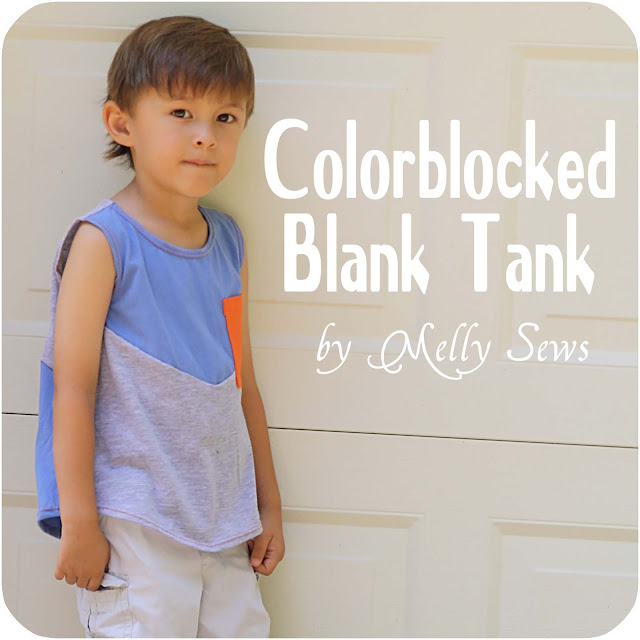 As I’ve mentioned before, the reason I got into pattern design and made the Blank Slate Basics patterns is that I couldn’t find patterns that I liked for my little guys. Believe me, I searched, and I would have happily purchased patterns and not learned how to draft and digitize if they were out there. But they weren’t.

Don’t get me wrong, I appreciate all those tutorials that start with, “Make a pattern from something that fits your kid well.” Heck, I’ve written some of those. But honestly, drafting doesn’t give me the same thrill that choosing fabrics and embellishments and sewing them up does. So the reason I stuck to basic styles is that I wanted to create a pattern library for myself as my guys grow. I won’t have to draft another t-shirt or pair of pants until they’re bigger than a size 8 – yippee!

So, in the interest of taking a trend and applying it to one of my blank slates, I give you the Colorblocked Blank Tank. 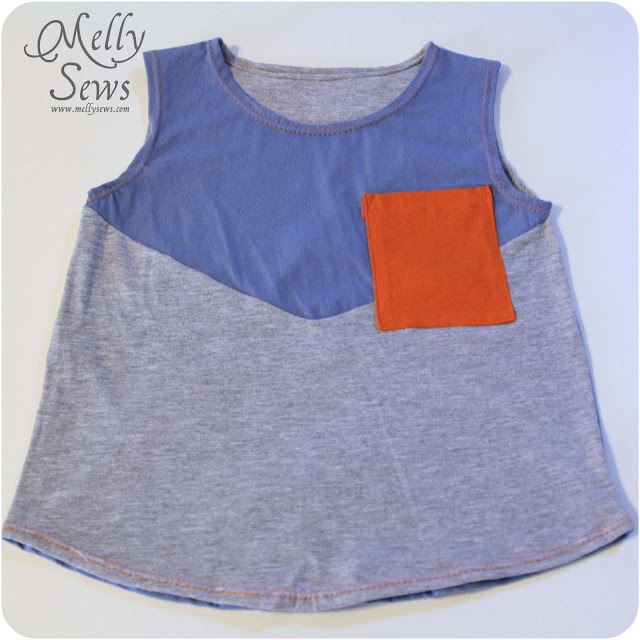 And even though there are two pieces of fabric each on the front and back, I didn’t redraft or even trace any of the pattern. I just folded it where I wanted the colorblocking to start, and cut, adding a seam allowance. Then I flipped the folded pattern over, and did the same on the other fabric. I sewed the pieces together to make a tank front and tank back, then continued with the instructions. So easy I forgot to take pictures of the process. 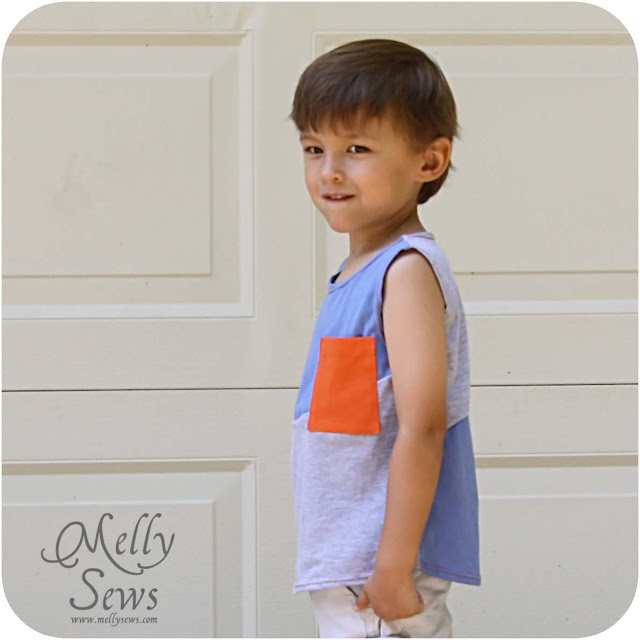 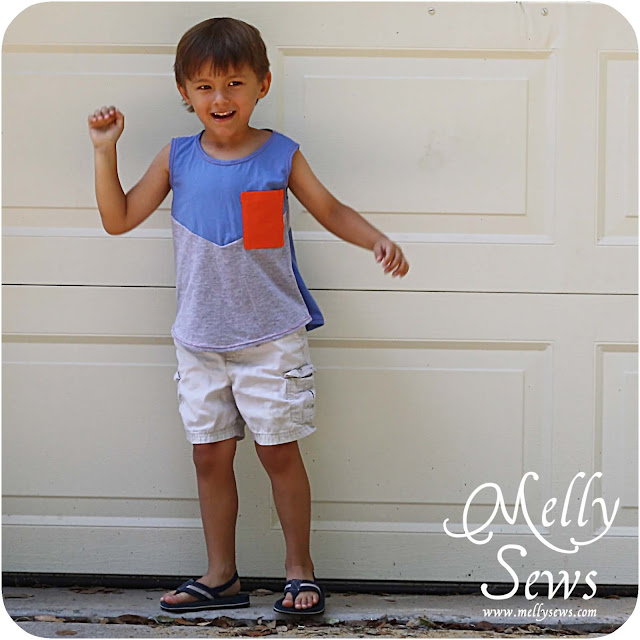 Tater is getting creative with his posing. For these shots he wanted to show me his rock and roll face and his fabulous dancing. 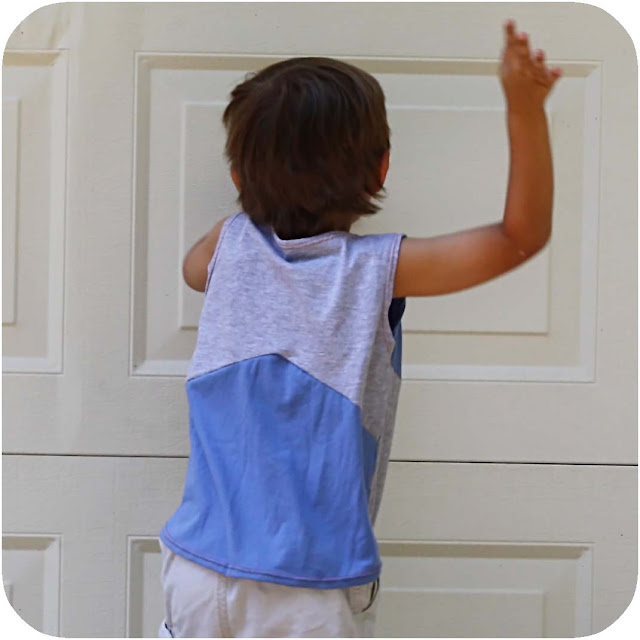 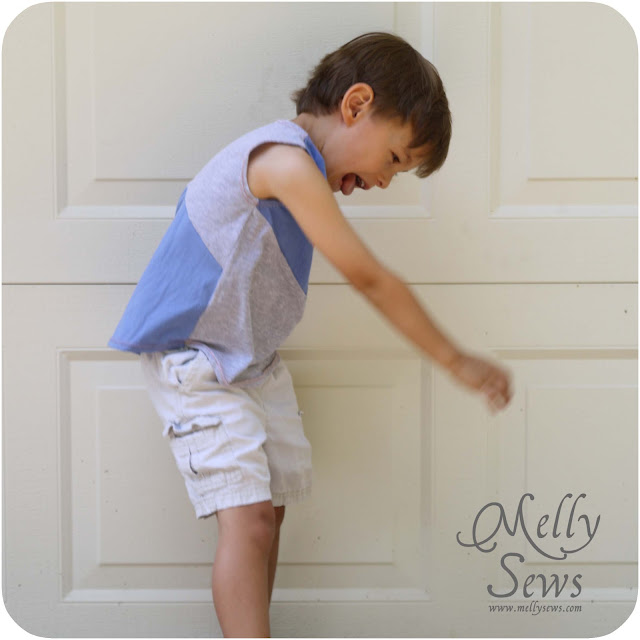 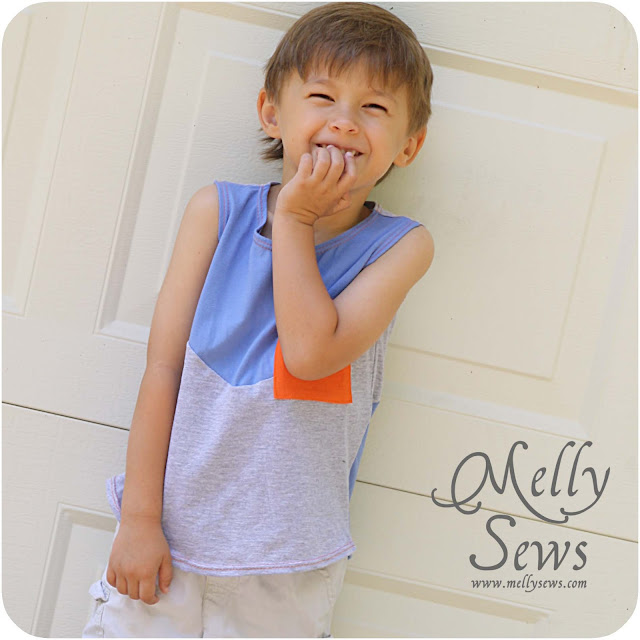 So, can you think of any other current trends I need to apply to a blank slate?

Previous Post: « Sew in Tune – The End of the Road
Next Post: Blank Slates Around Blog Land »