Get the tutorial for this hoody here 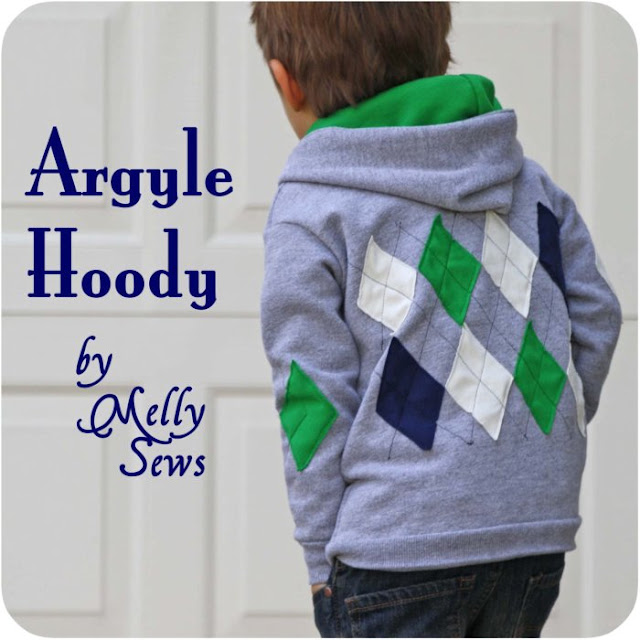 The second to last week of the Project Run and Play Sew Along challenges – Outerwear.

This project has been on my list for a while – hoodies for the boys. Since we live in Central Texas, this is cold weather gear You know, when it gets into the 60s. What? That’s not cold weather where you live? Guess we’re a bunch of wusses. 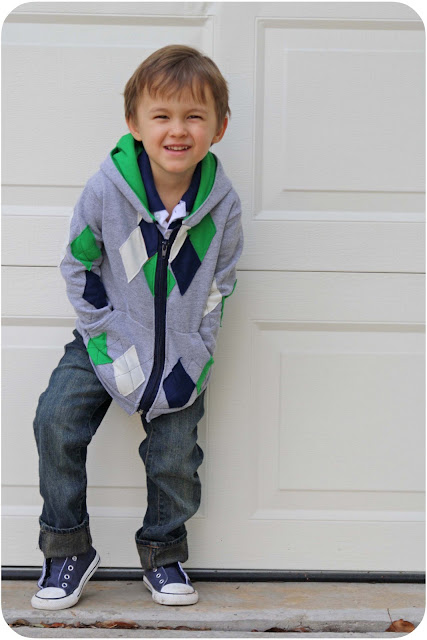 The hoody is made from scratch, based on a t-shirt pattern (tutorial to follow sometime next week), not just embellished. I added the argyle scraps because I love the contrast of traditional prep with something more urban, like a hoody. 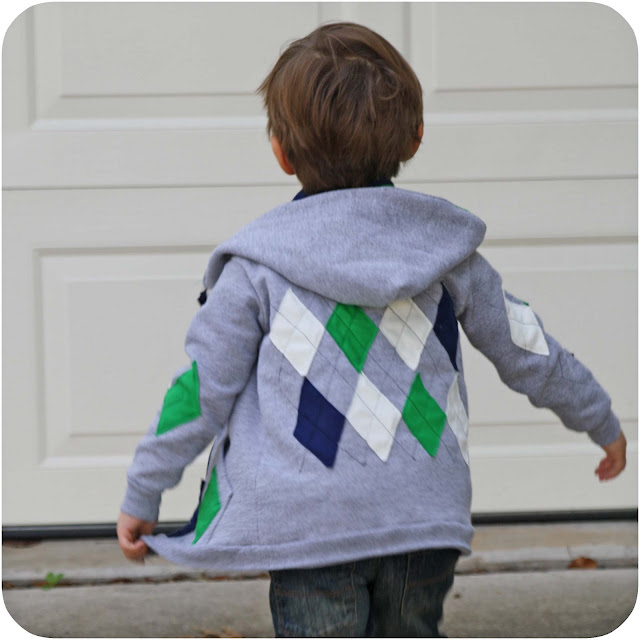 I added a separating zipper because Tater is all about zipping his own jackets lately. Or unzipping. 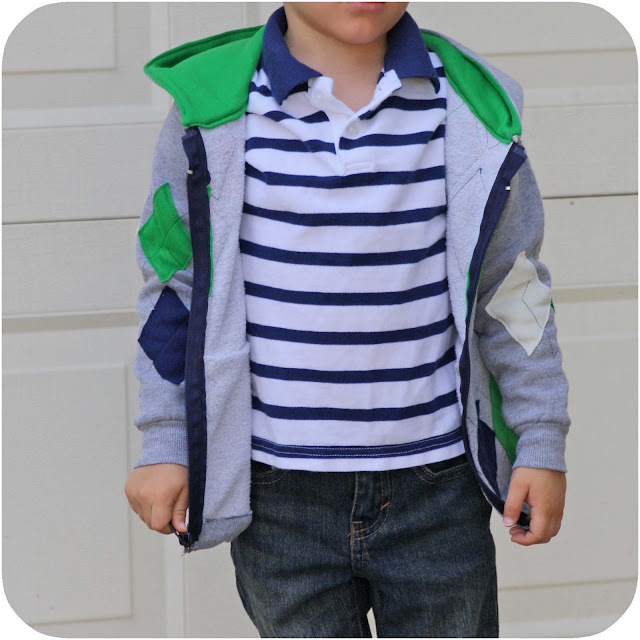 The back pattern is very traditional argyle, but then I got kind of random with the other diamonds, just placing them in whatever way looked good to me. 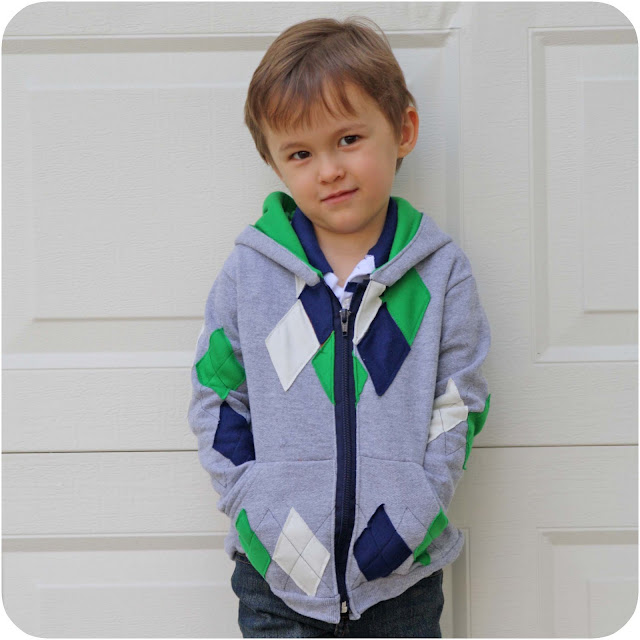 I know this isn’t the most complicated sewing, but Tater is already wearing the heck out of this hoody, so it’s a winner in my book.